Bigfoot and the Native American Connection 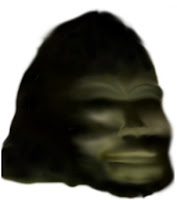 Bush Indian is just one of the names the Bigfoot is known by in the Native American cultures, the Cherokee know him by Tsul 'Kalu (pronounced - Jutaculla or Judaculla). Below is the very interesting story of a Cherokee woman marrying a Tsul Kalu (Bigfoot). Note that the location of the town Kanuga is in my research area.

A long time ago a widow lived with her one daughter at the old town of Känuga on Pigeon river. The girl was of age to marry, and her mother used to talk with her a good deal.
One day, her mother told her she must be sure to take no one but a good hunter for a husband, so that they would have some one to take care of them and would always have plenty of meat in the house.
The girl said such a man was hard to find, but her mother advised her not to be in a hurry, and to wait until the right one came.

Now the mother slept in the house while the girl slept outside in the âsï. One dark night a stranger came to the âsï wanting to court the girl, but she told him her mother would let her marry no one but a good hunter. "Well," said the stranger, "I am a great hunter," so she let him come in, and he stayed all night. Just before day he said he must go back now to his own place, but that he had brought some meat for her mother, and she would find it outside. Then he went away and the girl had not seen him. When day came she went out and found there a deer, which she brought into the house to her mother, and told her it was a present from her new sweetheart. Her mother was pleased, and they had deer steaks for breakfast.
He came again the next night, but again went away before daylight, and this time he left two deer outside. The mother was more pleased this time, but said to her daughter, "I wish your sweetheart would bring us some wood." 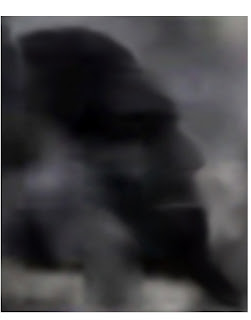 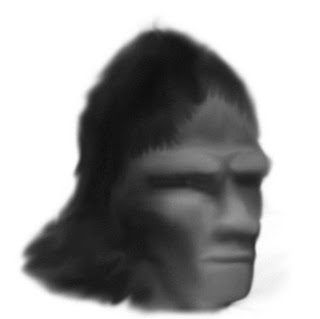 Still the brother wanted to see his sister and her husband, so he went again to the mountain, and she came out to meet him. He asked to see her husband, and this time she told him to come inside with her. They went in as through a doorway, and inside he found it like a great townhouse.
They seemed to be alone, but his sister called aloud, "He wants to see you," and from the air came a voice, "You can not see me until you put on a new dress, and then you can see me."
"I am willing," said the young man, speaking to the unseen spirit, and from the air came the voice again, "Go back, then, and tell your people that to see me they must go into the townhouse and fast seven days, and in all that time they must not come out from the townhouse or raise the war whoop, and on the seventh day I shall come with new dresses for you to put on so that you can all see me."
The young man went back to Känuga and told the people. They all wanted to see Tsul`kälû', who owned all the game in the mountains, so they went into the townhouse and began the fast. They fasted the first day and the second and every day until the seventh-all but one man from another settlement, who slipped out every night when it was dark to get something to eat and slipped in again when no one was watching.
On the morning of the seventh day the sun was just coming up in the east when they beard a great noise like the thunder of rocks rolling down the side of Tsunegûñ'yï. They were frightened and drew near together in the townhouse, and no one whispered.
Nearer and louder came the sound until it grew into an awful roar, and every one trembled and held his breath-all but one man, the stranger from the other settlement, who lost his senses from fear and ran out of the townhouse and shouted the war cry.
At once the roar stopped and for some time there was silence. Then they heard it again, but as if it where going farther away, and then farther and farther, until at last it died away in the direction of Tsunegûñ'yï, and then all was still again. The people came out from the townhouse, but there was silence, and they could see nothing but what had been seven days before.
Still the brother was not disheartened, but came again to see his sister, and she brought him into the mountain. He asked why Tsul`kälû' had not. brought the new dresses, as he had promised, and the voice from the air said, "I came with them, but you did not obey my word, but broke the fast and raised the war cry."

The young man answered, "It was not done by our people, but by a stranger. If you will come again, we will surely do as you say." But the voice answered, "Now you can never see me." Then the young man could not say any more, and he went back to Känuga.
Source -  http://www.firstpeople.us/FP-Html-Legends/TheSlant-eyedGiant-Cherokee.html
There is a short version at wiki pedia - http://en.wikipedia.org/wiki/Tsul_'Kalu
Posted by Joe Black at 1:33 PM