Does the "Boogeyman" Exist ?

In my research I have encountered many things that could be considered odd or just down right creepy. When these things happened I would just set the photographs and videos to the side for later. The reason was mainly the Sasquatch Genome Study. We were already being savagely attacked from all sides so it was better to leave these unexplainable cryptids be.

Now that the Sasquatch Genome Study is published, I have been going back to look at some of that set aside footage. One of the most disturbing images I captured is the image below. I had just turned a sharp corner on an overgrown trail. My shoulders were swinging and in the video I noticed this odd grey subject as I pivoted and turned. The subject was only visible for five frames. Below is the clearest frame. My question is what is this thing?

In my research I have captured videos of Bigfoot in different locations and times that could possibly be the same individual. I have some examples of still captures that could be the same Bigfoot. In the first example I have infrared photographs taken from a game camera. The pictures were taken two years apart in the National Park. The locations the photographs were taken are approximately two miles apart. 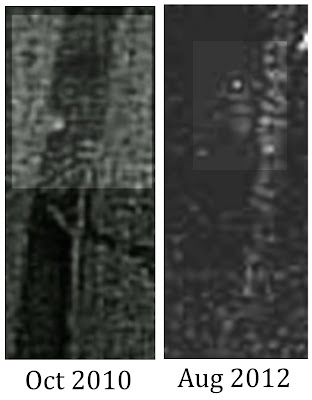 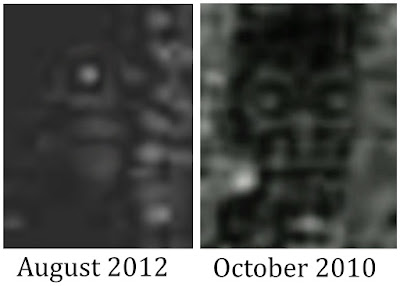 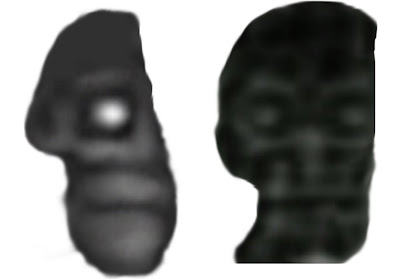 Below are a couple more possibilities of the same individual. The photographs below were taken over a three year period. 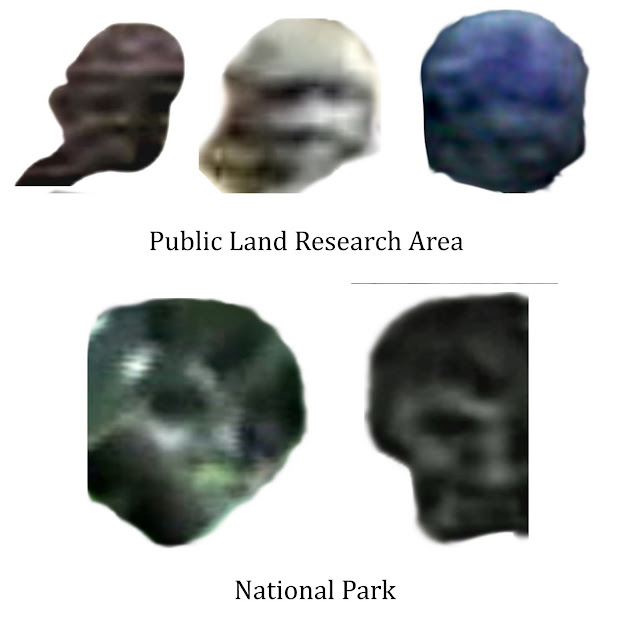 Comparing the Bigfoot and the Elongated Skulls 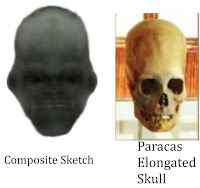 Are the Bigfoot in North America a descendant of or related to the “extinct” civilization of the humanoids that had elongated skulls?

One of the evidences of that support this theory are the thousands of elongated skulls found both in North and South America. Paracas is the most famous location and a Google search entitled “paracas skulls” will yield thousands of results and hundreds of pictures.

Though some of these anomalous skulls were created by a process known as “head boarding” many of the skulls are the result of the DNA phenotype being expressed and not artificially created.  The on-line magazine “Ancient Origins” published an article on February, 5th, 2014 called “Initial DNA analysis of Paracas elongated skull released – with incredible results” by April Holloway.  In this article the size and volume of the skulls are documented:

It is well-known that most cases of skull elongation are the result of cranial deformation, head flattening, or head binding, in which the skull is intentionally deformed by applying force over a long period of time. It is usually achieved by binding the head between two pieces of wood, or binding in cloth. However, while cranial deformation changes the shape of the skull, it does not alter its volume, weight, or other features that are characteristic of a regular human skull.

The Paracas skulls, however, are different.  The cranial volume is up to 25 percent larger and 60 percent heavier than conventional human skulls, meaning they could not have been intentionally deformed through head binding/flattening. They also contain only one parietal plate, rather than two. The fact that the skulls’ features are not the result of cranial deformation means that the cause of the elongation is a mystery, and has been for decades.

Brien Foerster had these skulls DNA tested and the preliminary results are as follows:

It had mtDNA (mitochondrial DNA) with mutations unknown in any human, primate, or animal known so far. But a few fragments I was able to sequence from this sample indicate that if these mutations will hold we are dealing with a new human-like creature, very distant from Homo sapiens, Neanderthals and Denisovans.

These results are similar to the results of Sasquatch Genome Study and some of the Bigfoot I have captured on video have heads with similar shapes to these elongated skulls.

Below is the conclusion of the Sasquatch Genome Project:

The data clearly supports that these hominins exist as a novel species of primate. The data further suggests that they are human hybrids originating from human females. This hybridization can be likened to humans with Denisovan admixture resulting from Denisovan males mating with human females103. The same type of mating potentially occurred with Sasquatch; however, in the case of Sasquatch, the admixture is human. Though preliminary analysis supports the hybridization hypothesis, alternatively, it could also be hypothesized that the Sasquatch are human in origin, having been isolated in closed breeding populations for thousands of years. Nevertheless, the data conclusively proves that the Sasquatch exist as an extant hominin and are a direct maternal descendent of modern humans.


Could the creature we know as "Bigfoot" be a hybrid between this race of creatures with elongated skulls and human women?

Not all Bigfoot have these elongated or “cone shaped” heads but many do, especially the Bigfoot in the Western United States.

The following photographs compare two of my Bigfoot still captures to the elongated skulls. 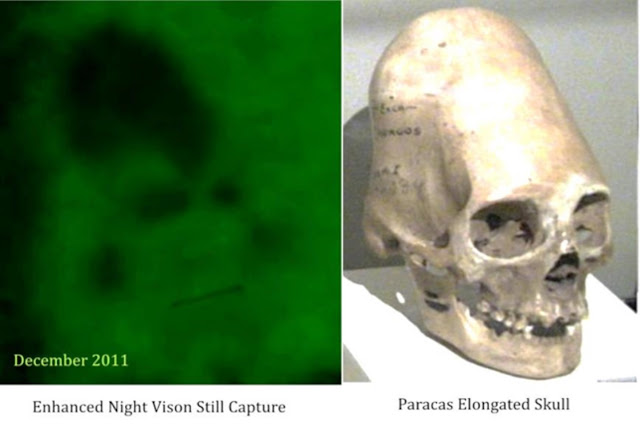 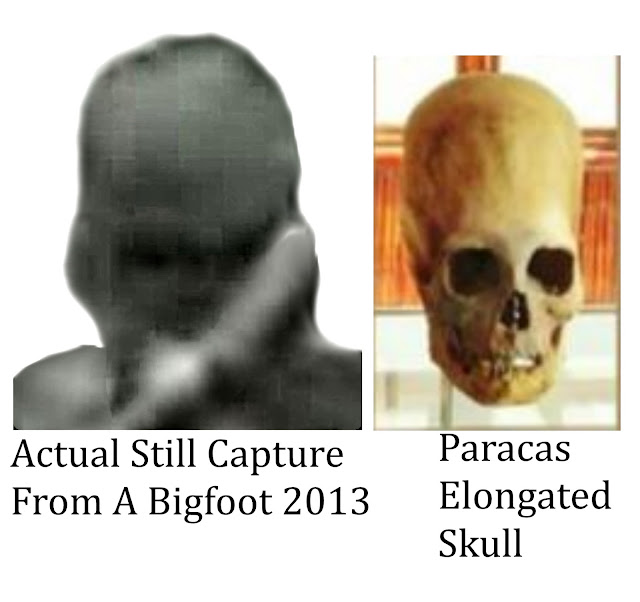 Another physical feature that are similar between some Bigfoot and the elongated skull is a protrusion on the forehead, This protrusion or ridge is located somewhere above the brow. I first became aware of this physical feature when Mary Green first clued me in a few years ago. We were discussing the physical attributes of the Bigfoot that she wrote about in the book “50 Years With Bigfoot: Tennessee Chronicles of Co-Existence”. She said to me “you know they have a ridge on their skull above the brow ridge?”. I told her I had no idea. She replied “Yes, Janice (Carter) told me that all the Bigfoot she interacted with had a ridge or protruding bulge above the brow ridge. It is hard to see because of the thick hair, but can been seen when you are up close”.

It was not long after this conversation that I discovered when reviewing my still captures a Bigfoot that had this “bump” or “ridge” above the brown ridge. Below is a cutout still capture compared to several elongated skulls. 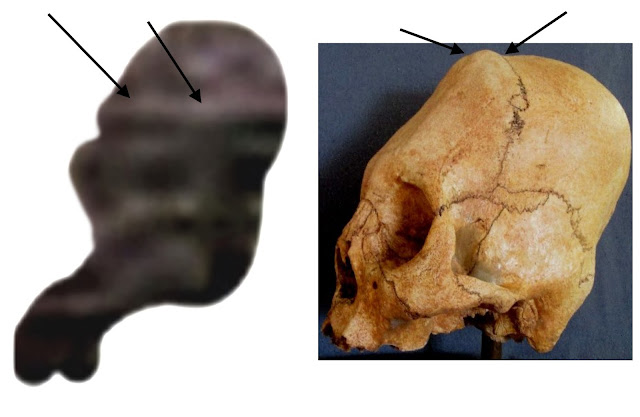 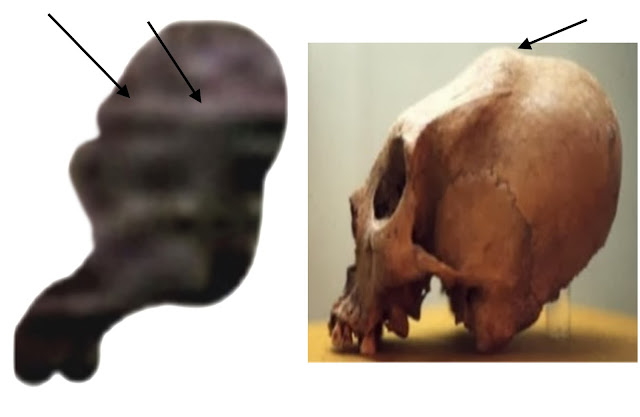 Below is a sketch of the “Gray Ghost” Bigfoot Compared to a elongated skull. 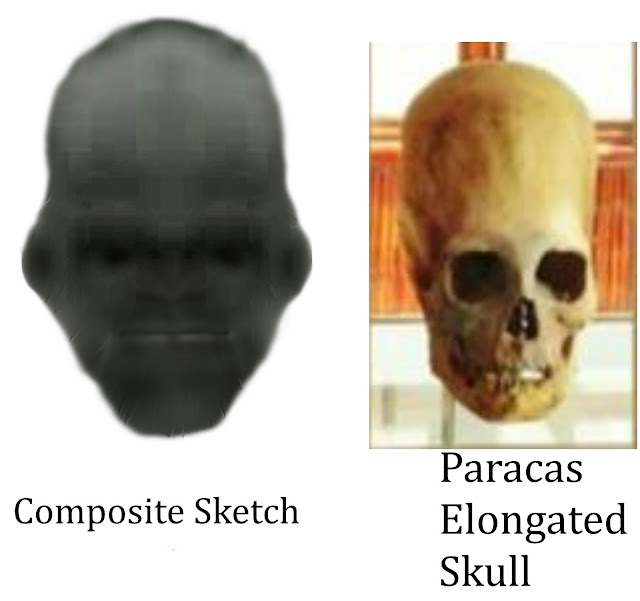 Though I cannot conclusively say there is direct relationship, the visual and similar DNA evidence point to a possible link between the two. Hopefully in the future as both Brien Forester and Melba Ketchum continue their projects the DNA can be compared to see if the two species are related. If so it will go a long way in explaining the origin of the Bigfoot.