This is my premiere episode of the new webcast "The Bigfoot Field Journal". In coming episodes I will be taking the viewer to my different research locations and showing the results of my research over the past seven years. Plus tips and techniques I have discovered to be successful. 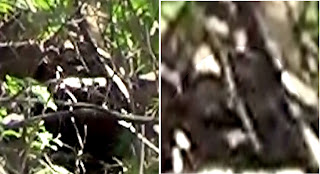 In my first post I went in detail about what I consider to be “Rule #1” - “do not expose your complete face to a human, ever!”. You could also include the body in that rule as well. I said that Rule #1 is followed ninety five percent of the time. Of course almost immediately I had a reader relate a personal experience where a Bigfoot stepped out in the open, full body completely and face completely exposed. I told him to hold your horses and wait for this post. 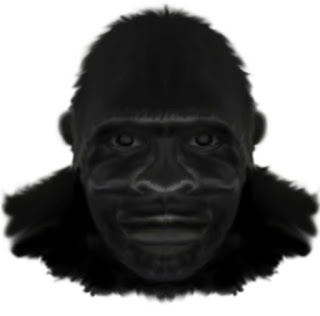 The creatures we call “Bigfoot” are extremely intelligent. In my opinion they are more intelligent than normal humans and they have access to knowledge and abilities we do not have. I think they break rule one when a diversion is necessary. What better diversion than to step out in the open and shock a human with your appearance.

I know this tactic has been used on me and many others. While the human is in shock and gawking at the Bigfoot standing out in the open, other Bigfoot are sneaking off to safety behind the human. When the other Bigfoot are safely out of the area then the “decoy” Bigfoot disappears back into the forest. 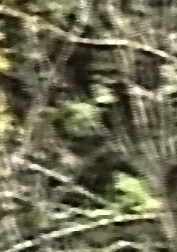 The incident where this tactic may have been used on me, involved a Bigfoot that I assumed I had caught out in the open. I came around a blind curve in the trail and was moving quickly and to my surprise saw him standing out in the open on the steep ridge above the trail. I am now not so sure that this Bigfoot was caught off guard, but instead it was the decoy to get and keep my attention while others in the group moved to safety. If this was the case it worked perfectly because I was so intent on getting good video of it, all my attention was focused on it. A whole family could have been standing behind me and I would have never known.

Though this did allow me to get some good footage of the Bigfoot while he as in the “stump pose”, I often wonder if there was not something going on behind me.

If you ever encounter a Bigfoot face to face just a few feet away or standing out in the open at a distance, would you have the discipline to check behind you? I think it would be almost impossible if the Bigfoot were only a few feet away. I might quickly glance over my shoulder if the Bigfoot were a distance off, but it would be difficult. This is where the “back trail” camera comes in very handy. You do not have to turn around. 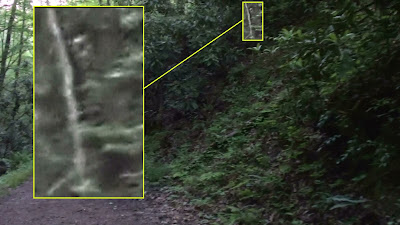 The Bigfoot have used diversions that do not involve breaking rule #1. On more than the occasion the Bigfoot have made loud noises or even took off running through heavy foliage to create a diversion. So always be aware that a large and loud display may be more than a warning to leave the area. Turn around and check your behind you, if you dare. 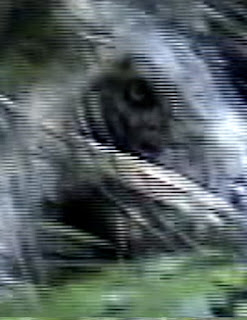 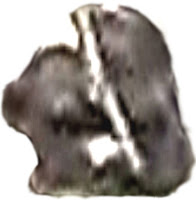 In  six years of Bigfoot research I have discovered what every other long term researcher before me has realized, the Bigfoot have “rules”. These rules are specific and almost universal. Even the exceptions to these rules are consistent. Of course this begs the question who created the rules and who enforces them? When the Bigfoot world figures that out the mystery is solved.

What I consider to be rule number one is “do not expose your complete face to a human, ever!” In ninety five percent of my footage the Bigfoot are always hiding and peeking. Most of the time with only one eye and half their face exposed. Even when they are watching me from behind or from a hidden location they still peek around and use branches/leafs to obstruct their faces.

Another interesting aspect to my video footage is that most of it was captured with a “back trail” camera filming behind me. So even when the Bigfoot know I am not looking in their direction they still follow the rule, no unobstructed views of the face.

Below is a video showing just the cut outs of some of the Bigfoot I have captured to demonstrate how they hide and obscure their faces.