This video is intriguing. At first glance I thought man in a suit, but after taking the time to look into it I thought to myself not so fast. What makes this video interesting is the follow-up done by the people who posted the video. Once you look at the shear mass of the "subject" compared to the normal person it makes you think this could be real.

The resolution of course is poor and not many details of the face or body can be gleaned from the video which is the hallmark of a hoax. But if this is a hoax it is a good one because of the size and mass of the subject. 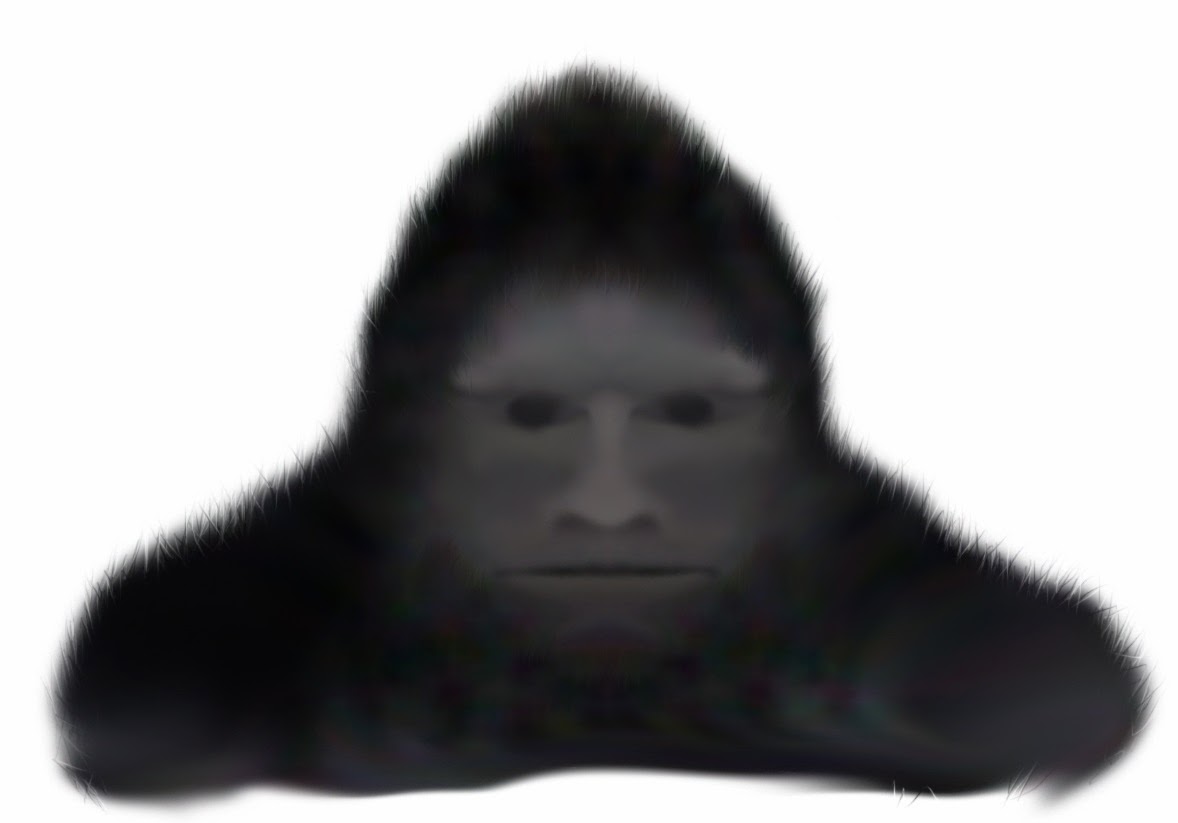 I have completed some enhancing of the video and pulled a few still captures from the video. You can see some facial features after applying a deblurring filter. The question is are we looking at a mask or the face of a real Sasquatch? I am leaning heavily toward the conclusion this is the real deal, but with the sophistication of the hoaxers recently it is difficult to come to a conclusion so I will let  you decide real or  hoax? 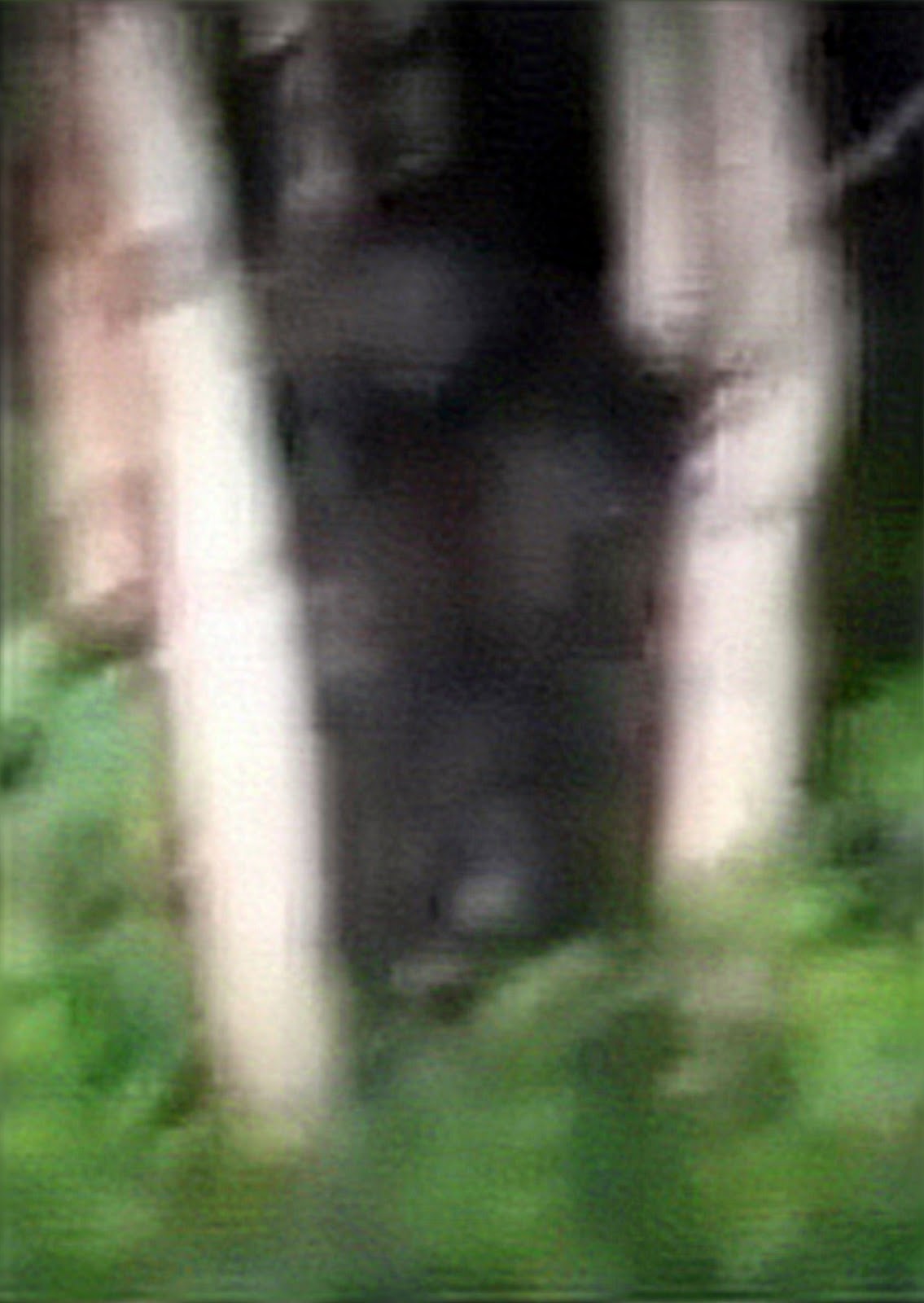 Bigfoot In The Brush - Back Trail Footage Still Captures from 2011

As I continue to review the hundreds of hours of video I have taken since 2009 I continue to find these "little nuggets" of interesting "things" watch me. The following are still captures from what I call my "back trail" camera. I mount a video camera on my shoulder then film behind me the entire time I am in the field. Once I return home I then review the video for anything that may have been following or watching me from behind. In this February 2011 video I found one of those "nuggets". The subject is only visible for a few seconds as I an walking away from its hiding spot in a brush pile.

The series of still captures below show the possible Sasquatch hiding in a brush pile. 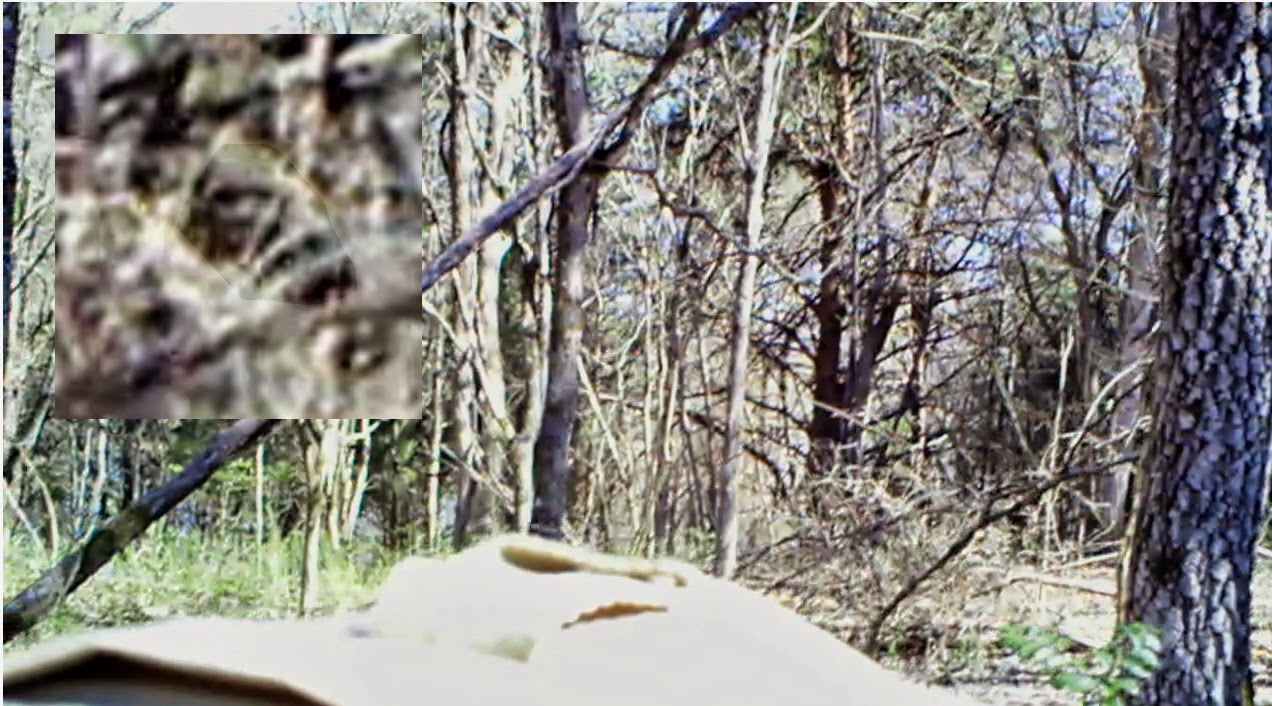 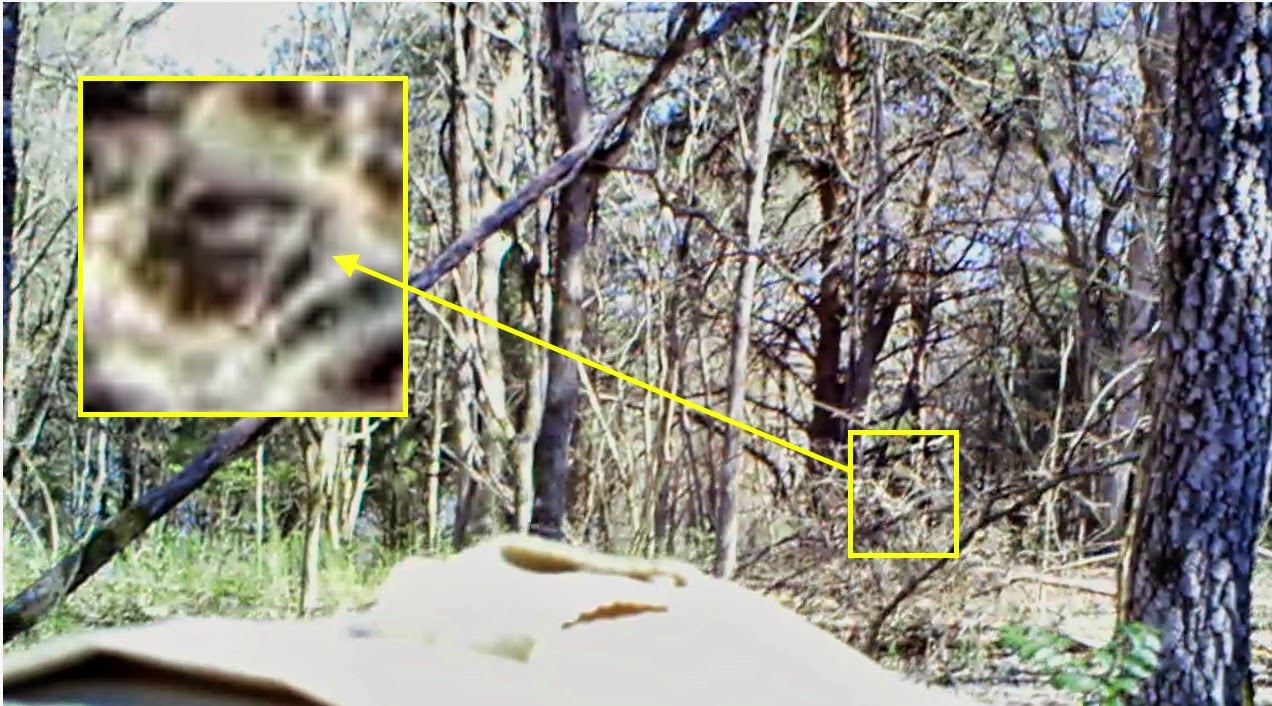 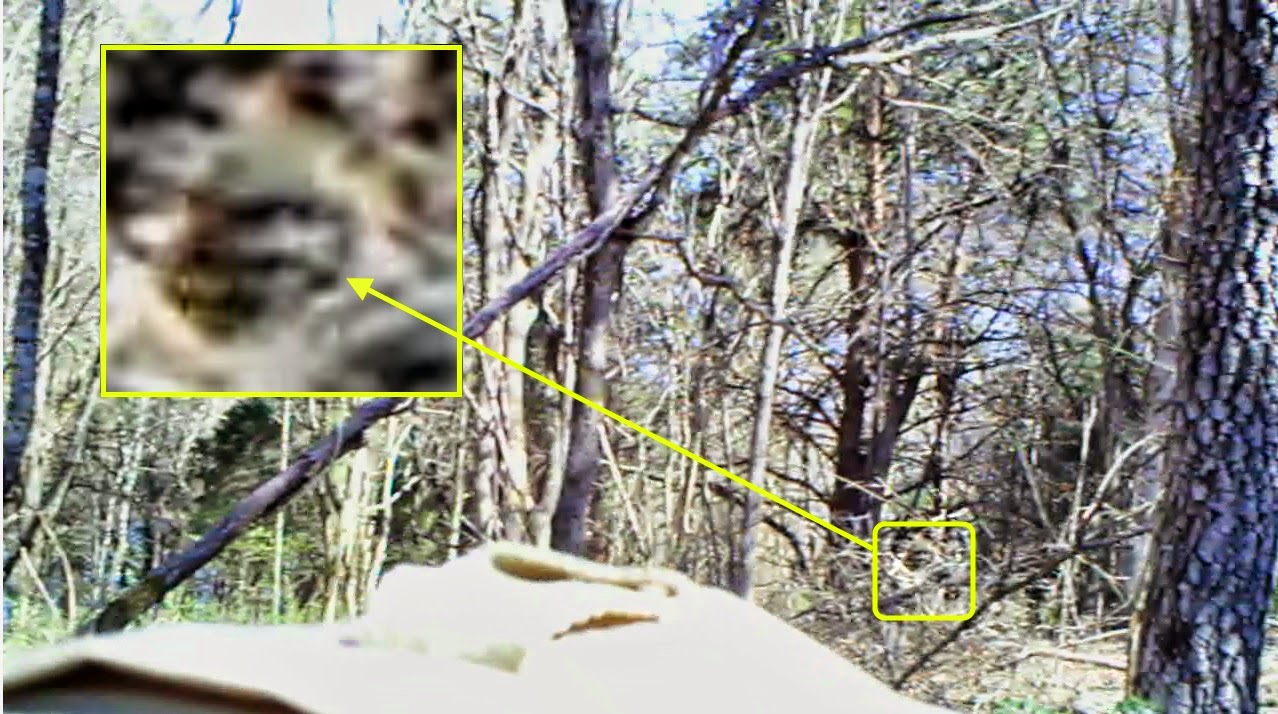 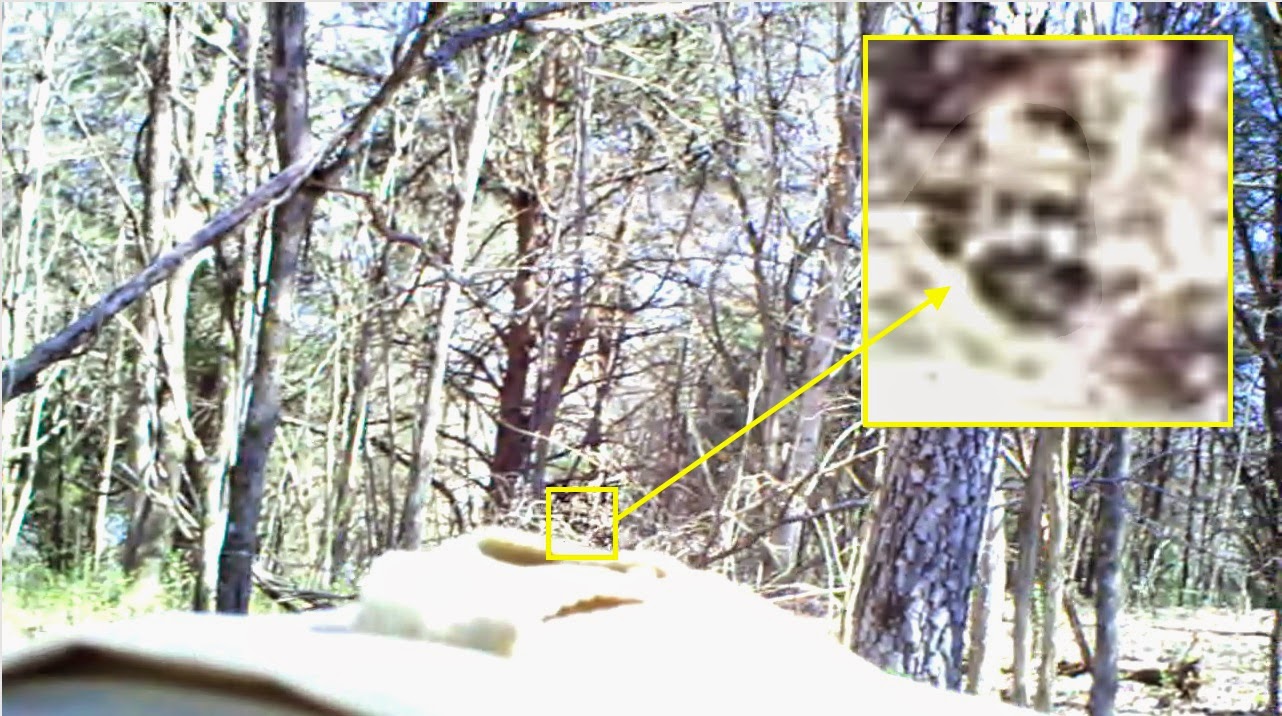 The Sykes Farce aka Genetic analysis of hair samples attributed to yeti, bigfoot and other anomalous primates

Sykes has published his “paper” and in my opinion it is a complete joke; there is no other way to say it. He did not set out to find the truth but to sabotage the Ketchum DNA Study. Here are just some of the areas that show bias and major inconsistencies.

His abstract makes the erroneous claim “In the first ever systematic genetic survey, we have used rigorous decontamination followed by mitochondrial 12S RNA sequencing to identify the species origin of 30 hair samples attributed to anomalous primates.” Ladies and Gentlemen, in my opinion that is just an outright LIE, no other way to say it, the Ketchum DNA study tested over 100 samples, used strict forensic protocols, used over half a dozen independent labs and suffered through exhausting and unfair reviews and critiques for over three years. (Click here to review the entire Sasquatch Genome Paper)

Some other items of interest concerning the “Sykes Paper”.

1.      It appears, but is not properly documented, that the Oxford lab facilities did not test the hair samples, but a lab named Mitotyping Technologies located in New York??? (Ref 9 and 10 Sykes Paper)
2.      Rhett Mullins is listed as the second author he is not a scientist, and non-scientist are never listed a co-authors of scientific papers.
3.      Incomplete materials and methods section.
4.      Incomplete references for the materials and methods.
5.      No statement to which lab or lab(s) tested the samples.
6.      References the Ketchum DNA study on contamination without proof.
7.      Only a total of 503 bases were sequenced for mtDNA only.
8.      The human sample was not tested on any nuDNA loci to determine species or unknown sequence.
9.      It appears that the US Fish and Wildlife screened the hair samples for testing. Is the US Fish and Wildlife Forensic Laboratory so incompetent that they would pass on to Sykes easily identifiable samples such as Horse, Black Bear, Wolf, Dog, Coyote, and cow????? It seems to me Sykes did not want to test real “Bigfoot hair” and wanted negative results.
10.   Dr. Sykes makes the laughable claim on just 503 bases: “The techniques described here put an end to decades of ambiguity about species identification of anomalous primate samples and set a rigorous standard against which to judge any future claims".
11.   Some samples would not amplify. Are these the “real deal”? Dr. Ketchum discovered during her study that genuine Sasquatch hair will not yield mtDNA, it is a unique property of Sasquatch hair. You must have a skin tag in order to get DNA that will amplify. It appears Sykes did not do his homework. He processed hair only samples with no skin tags that may have been Sasquatch hair and of course these hairs would not amplify or yield usable DNA for testing.

This paper would have never stood up to the peer review process that the Ketchum DNA Study was subjected too  by the Journal Nature. In short this paper in my opinion was no more than an attempt to discredit the American Bigfoot Community, muddy the water, and discredit the Kethcum DNA Study. I say MAJOR FAIL Dr. Sykes…..

I write this with a heavy and sad heart. My good friend Chuck Prahl has passed away. He was my buddy, some one to call and bounce ideas off of, someone I could debate and argue with yet it was always respectful and no matter how heated the debate you never got angry with Chuck.

There was no one in the Bigfoot world Chuck did not know. He interviewed the "Big hitters" of our time and many "Famous" people would take his call without hesitation. As far as I know everyone loved Chuck. He was fair, honest, and a good man.

I was blessed to call him friend. You will be missed Chuck, the Bigfoot world has truly lost a man that was its "behind the scenes heart and soul".

The "Bigfoot World" has lost an advocate and good man and I have truly lost a close dear friend..