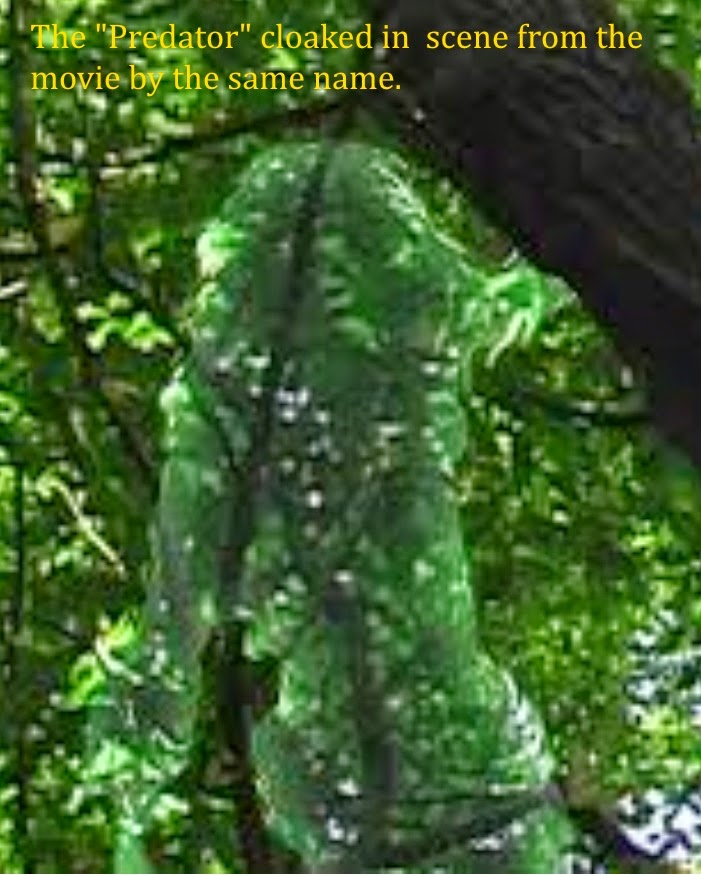 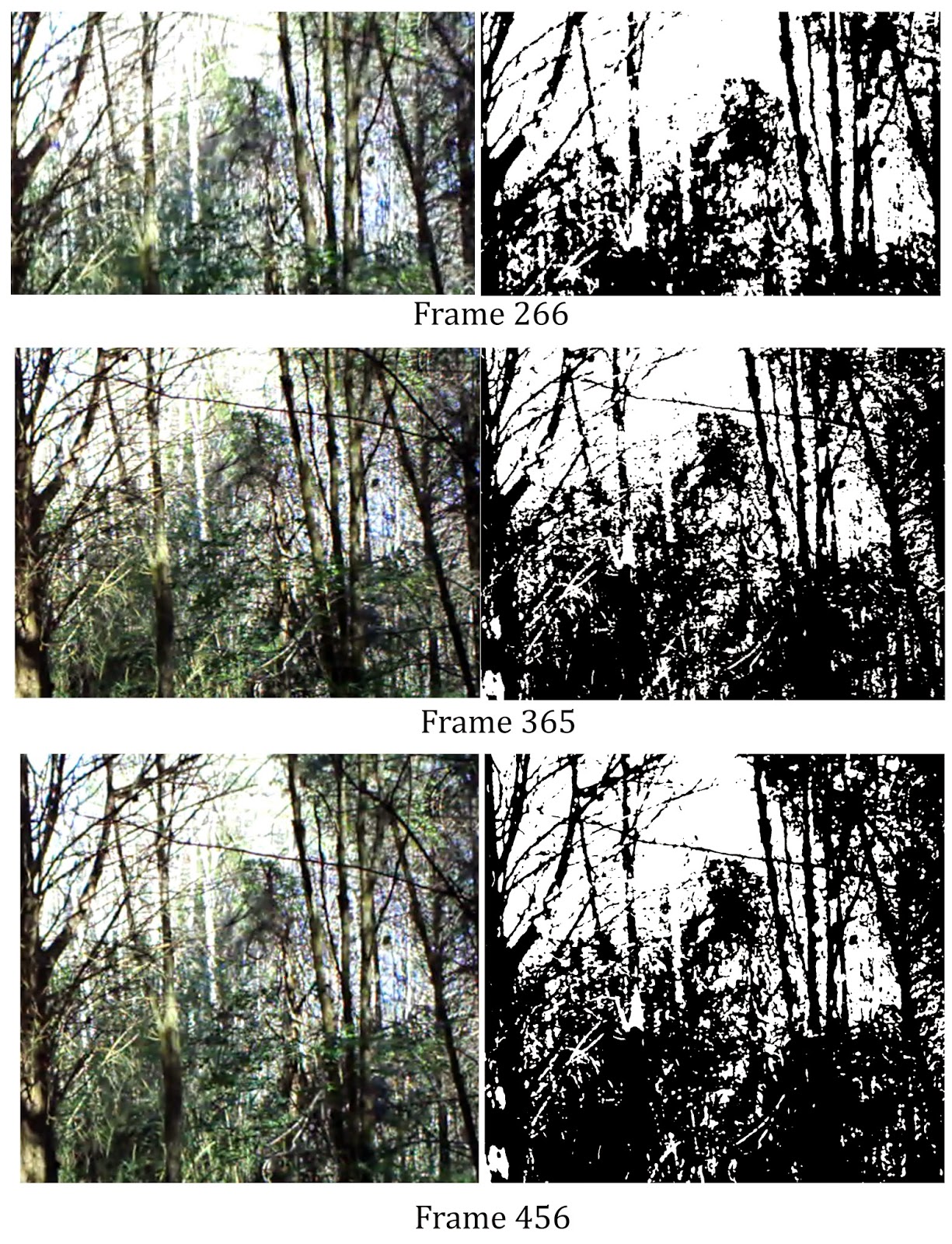 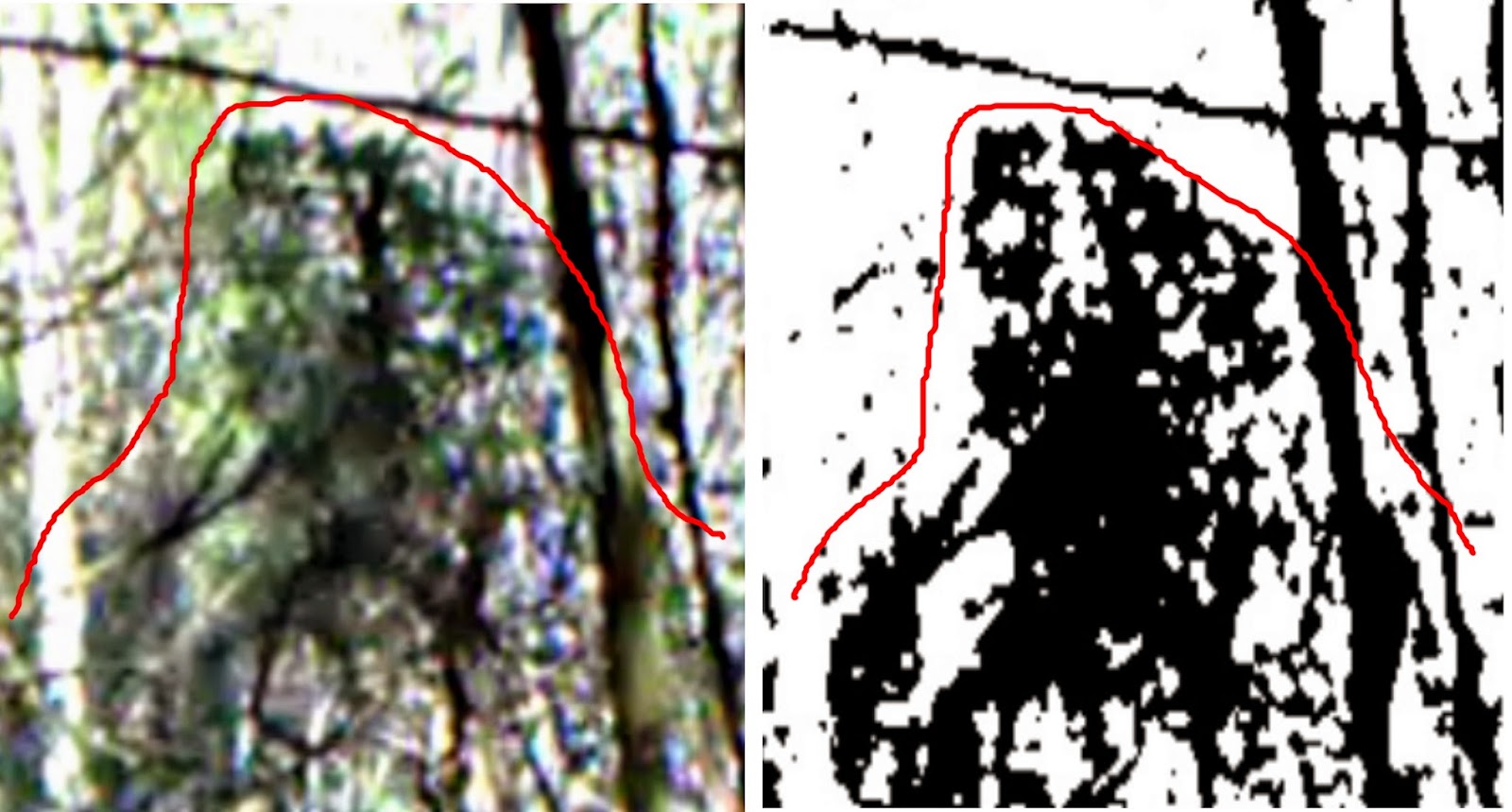 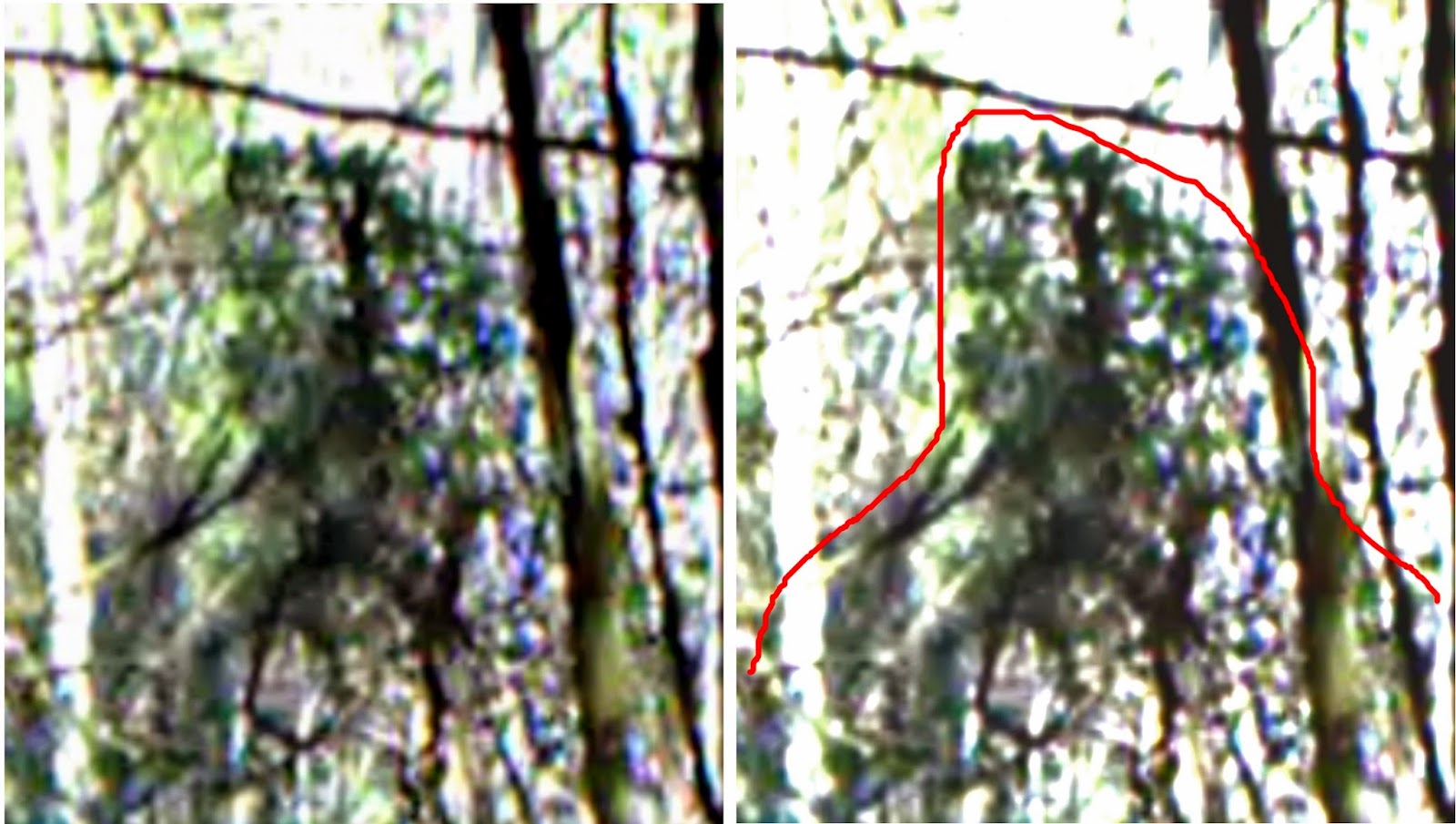 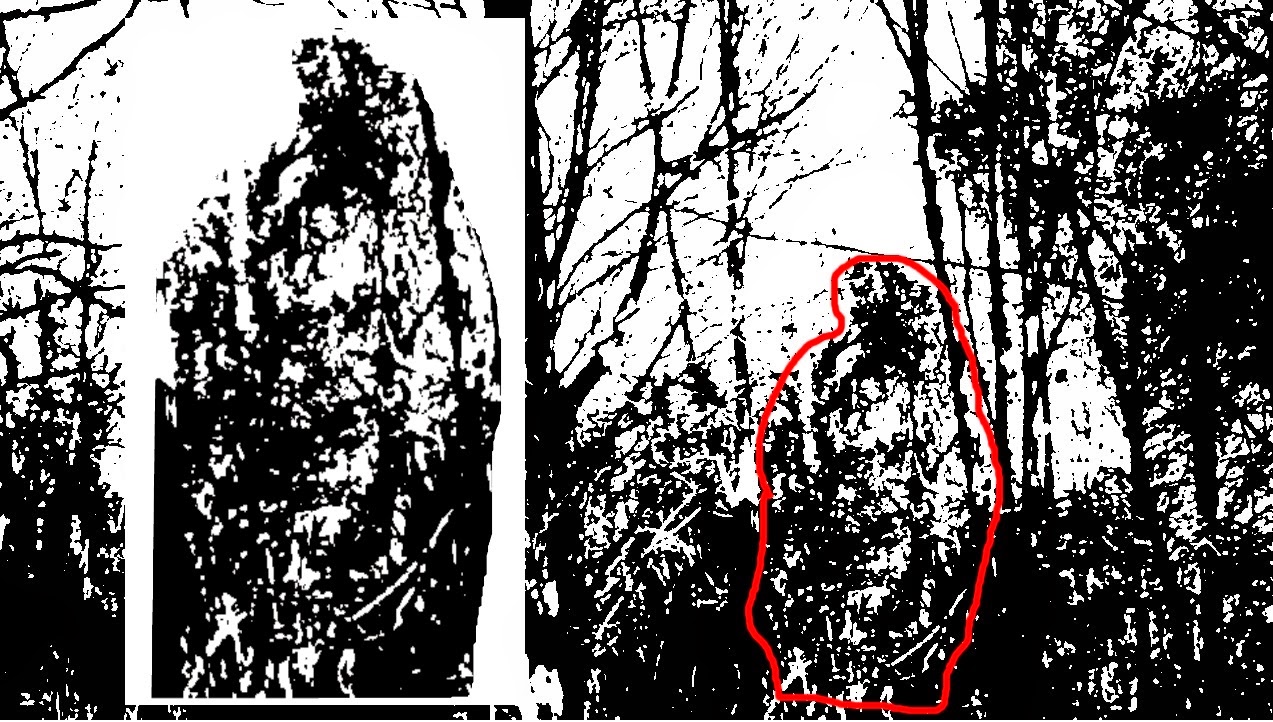 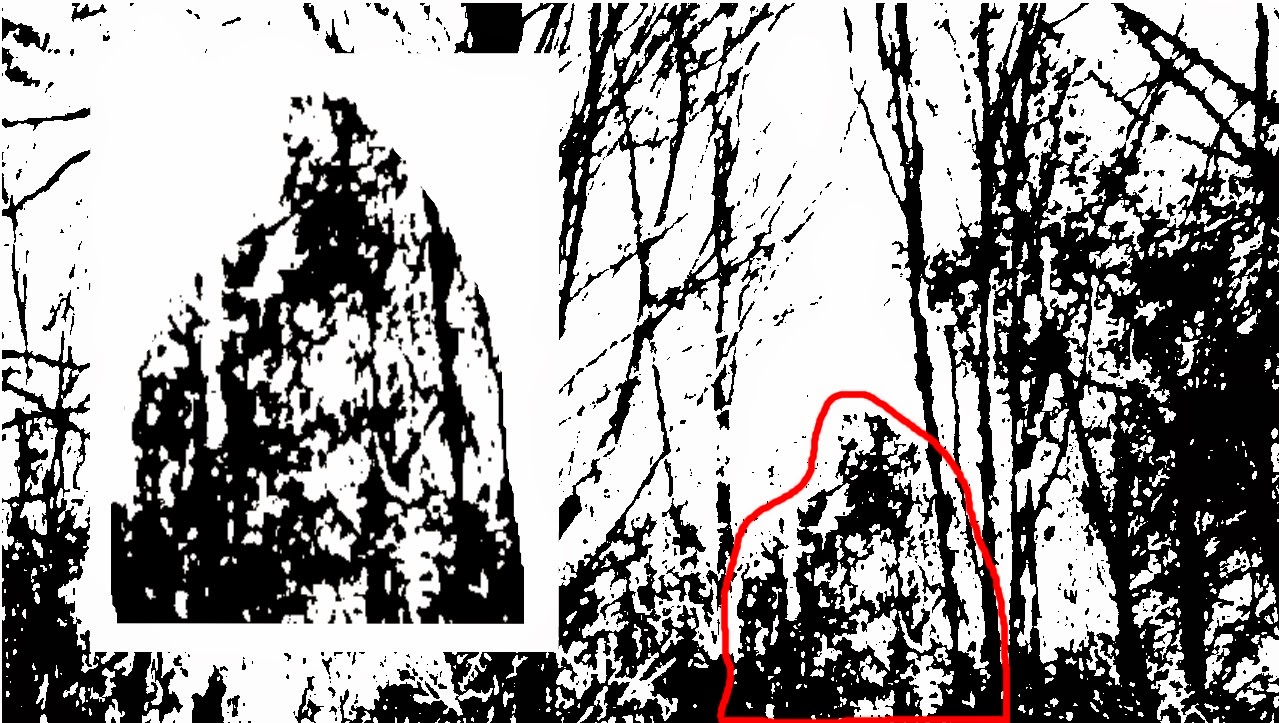 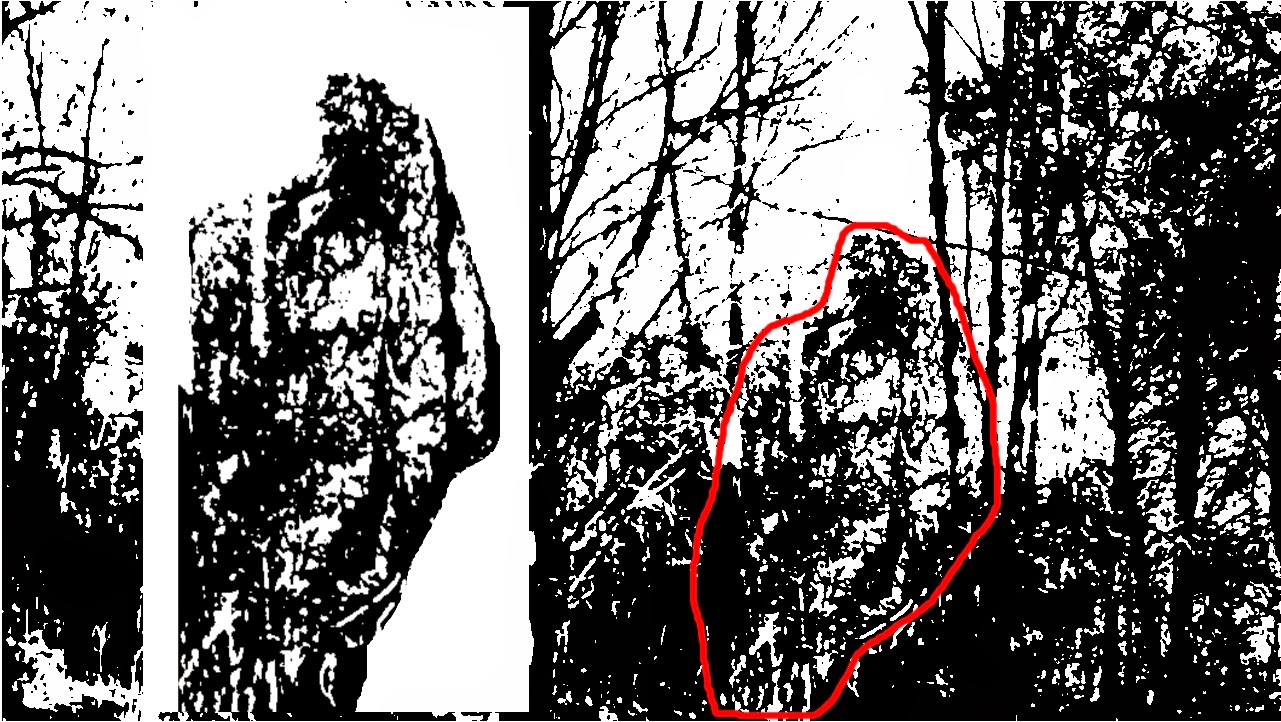 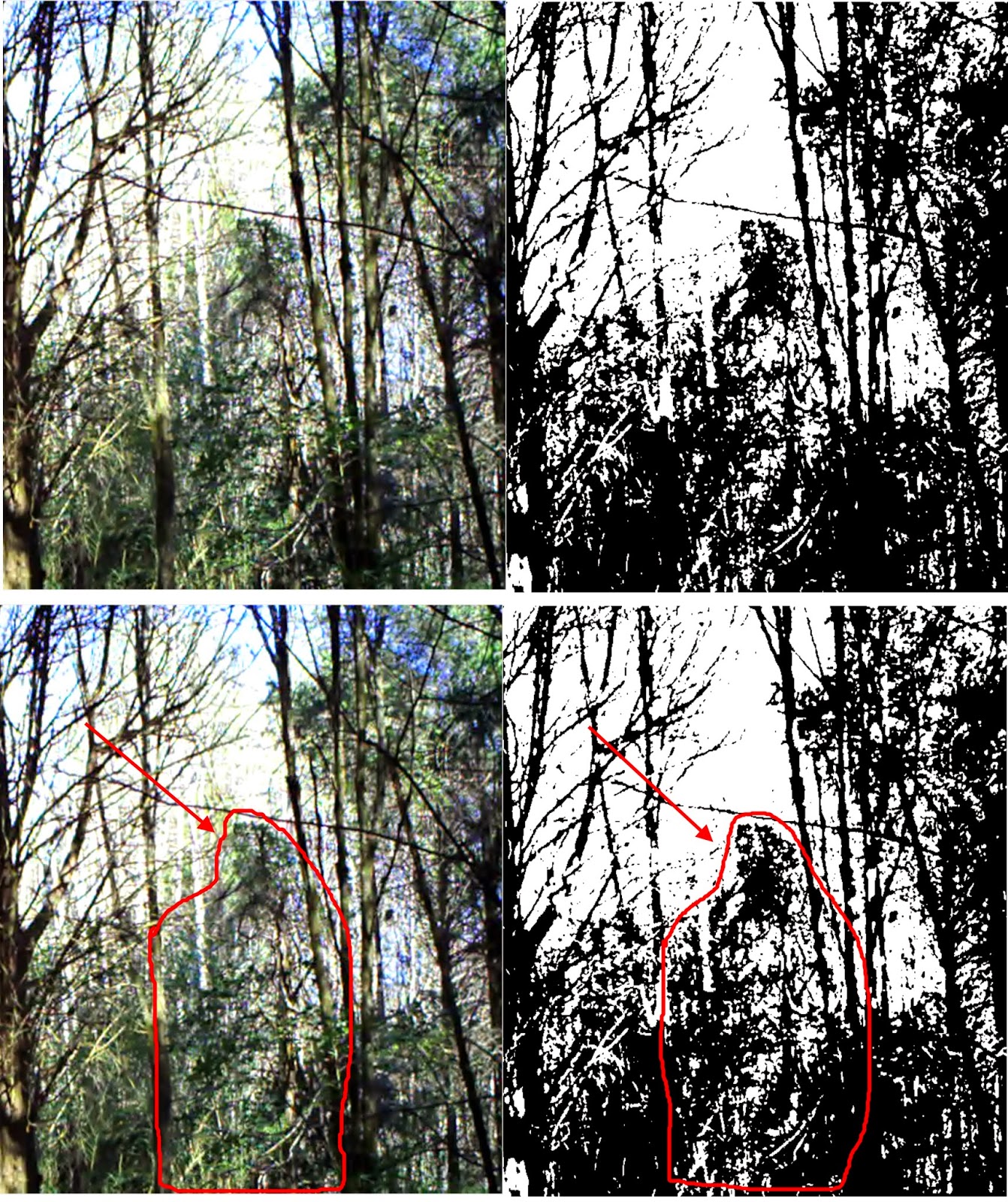 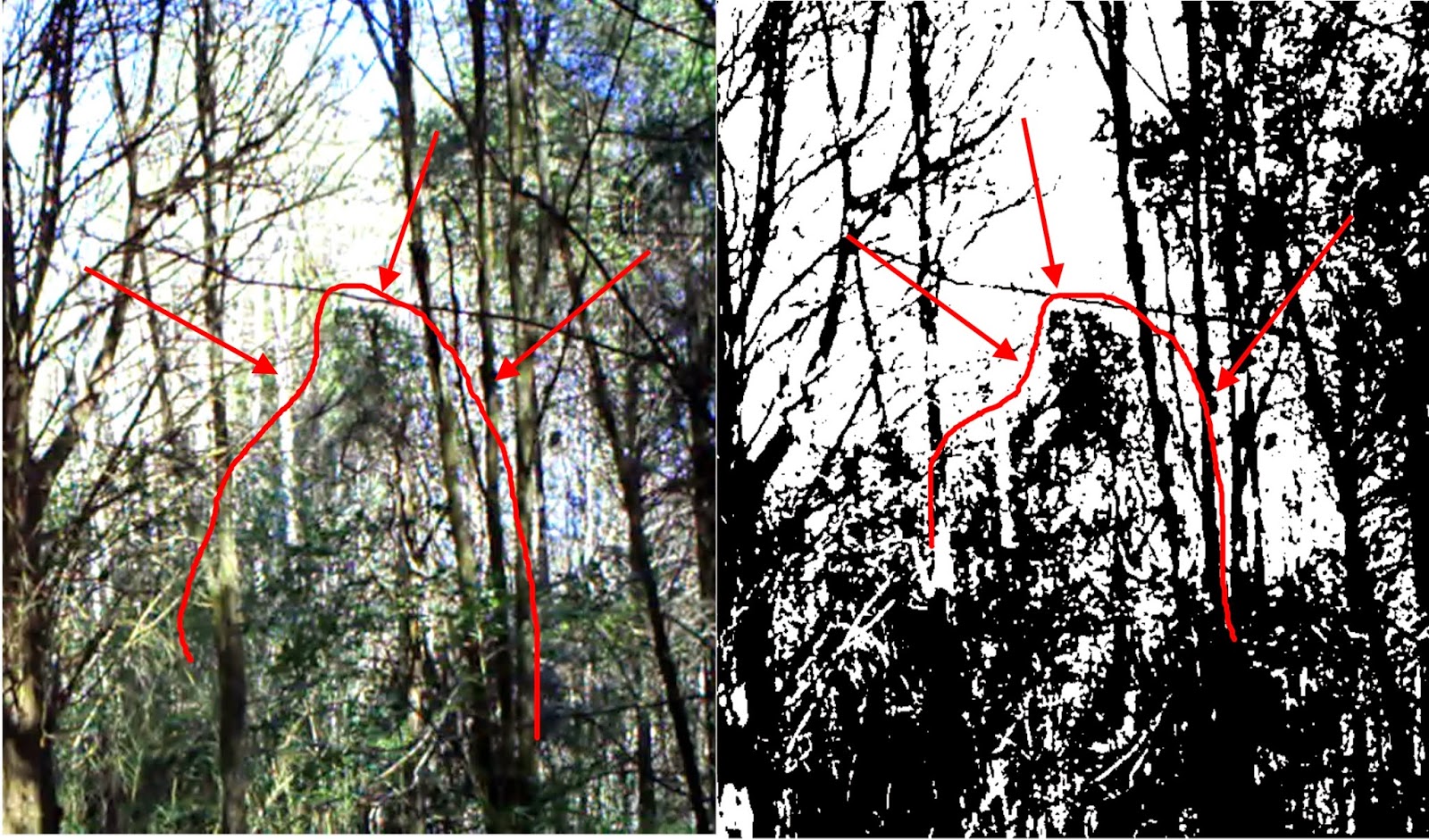 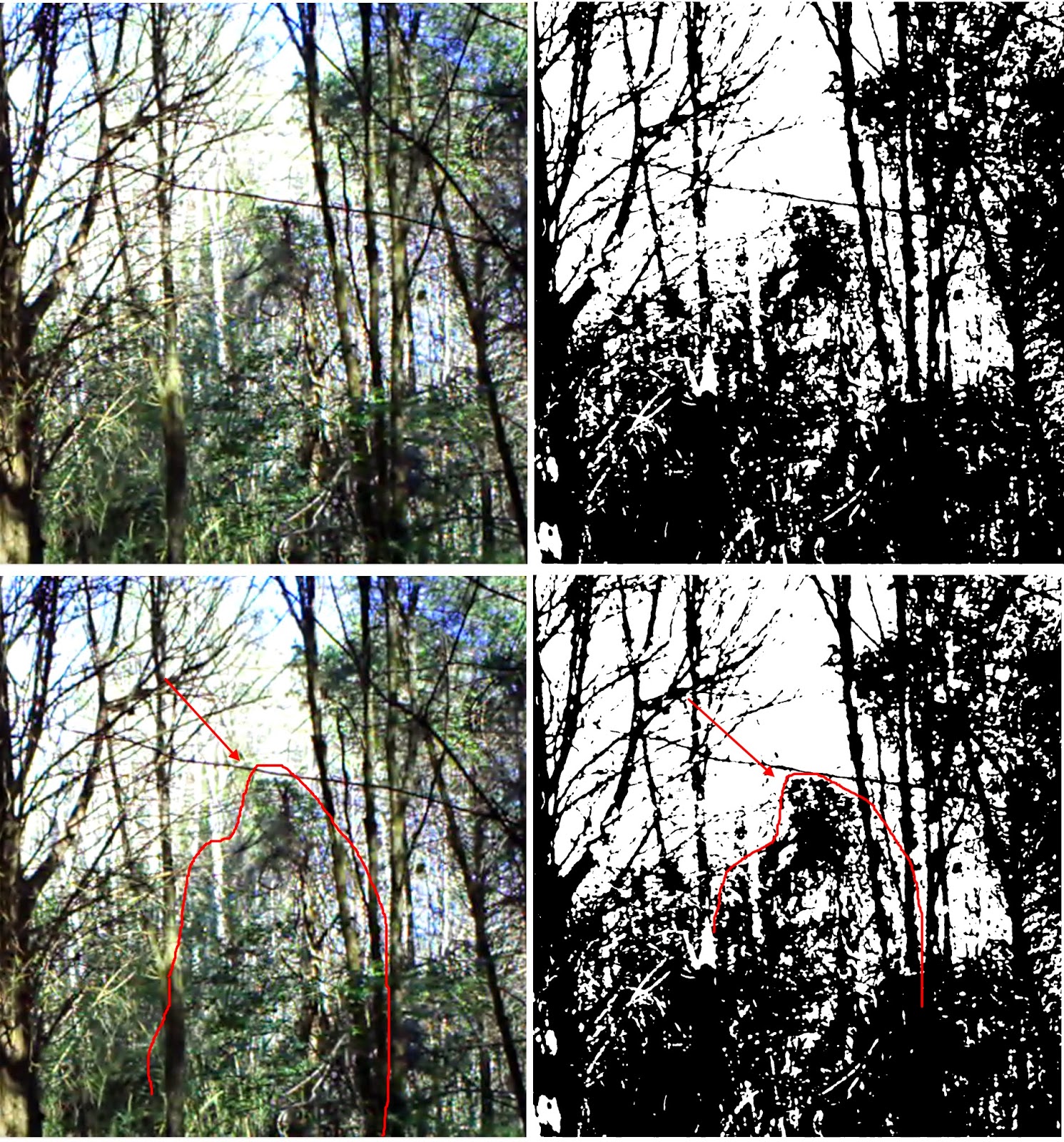 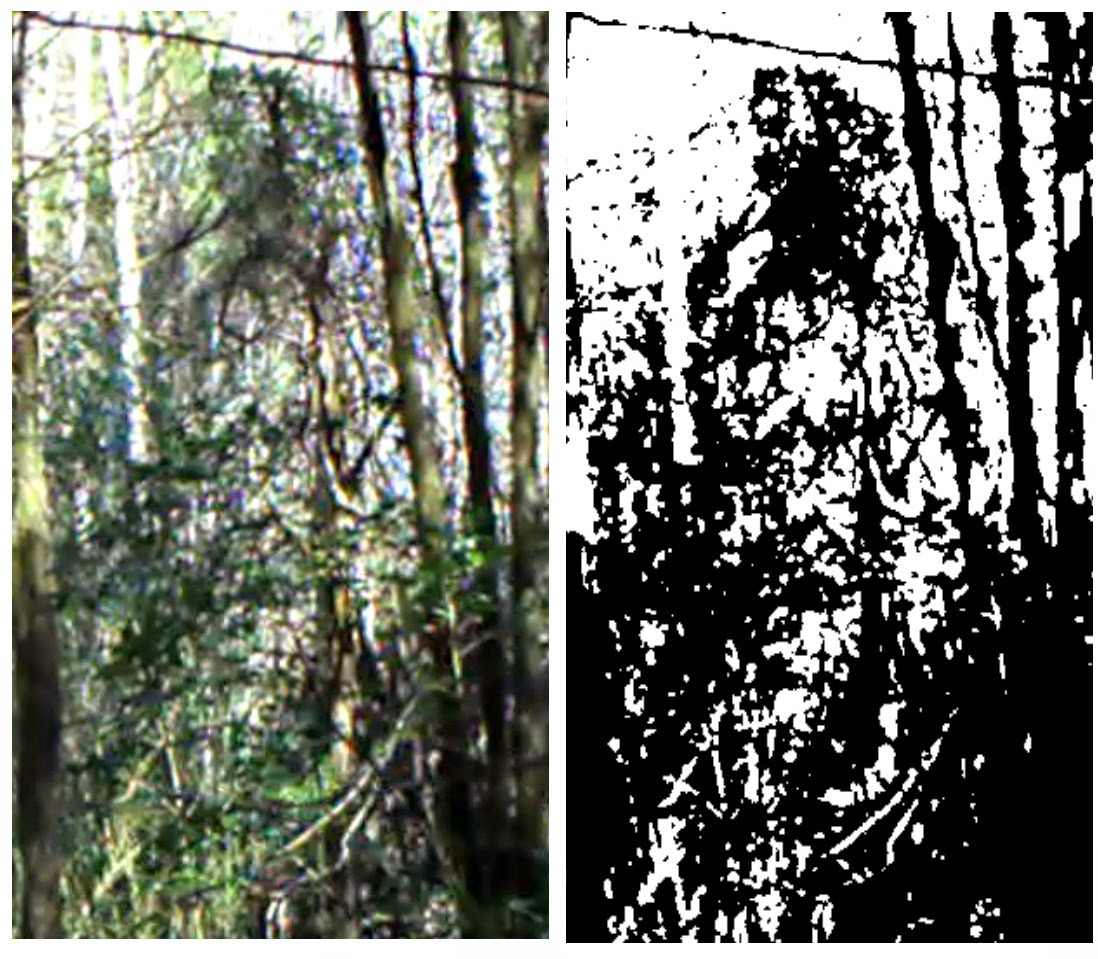 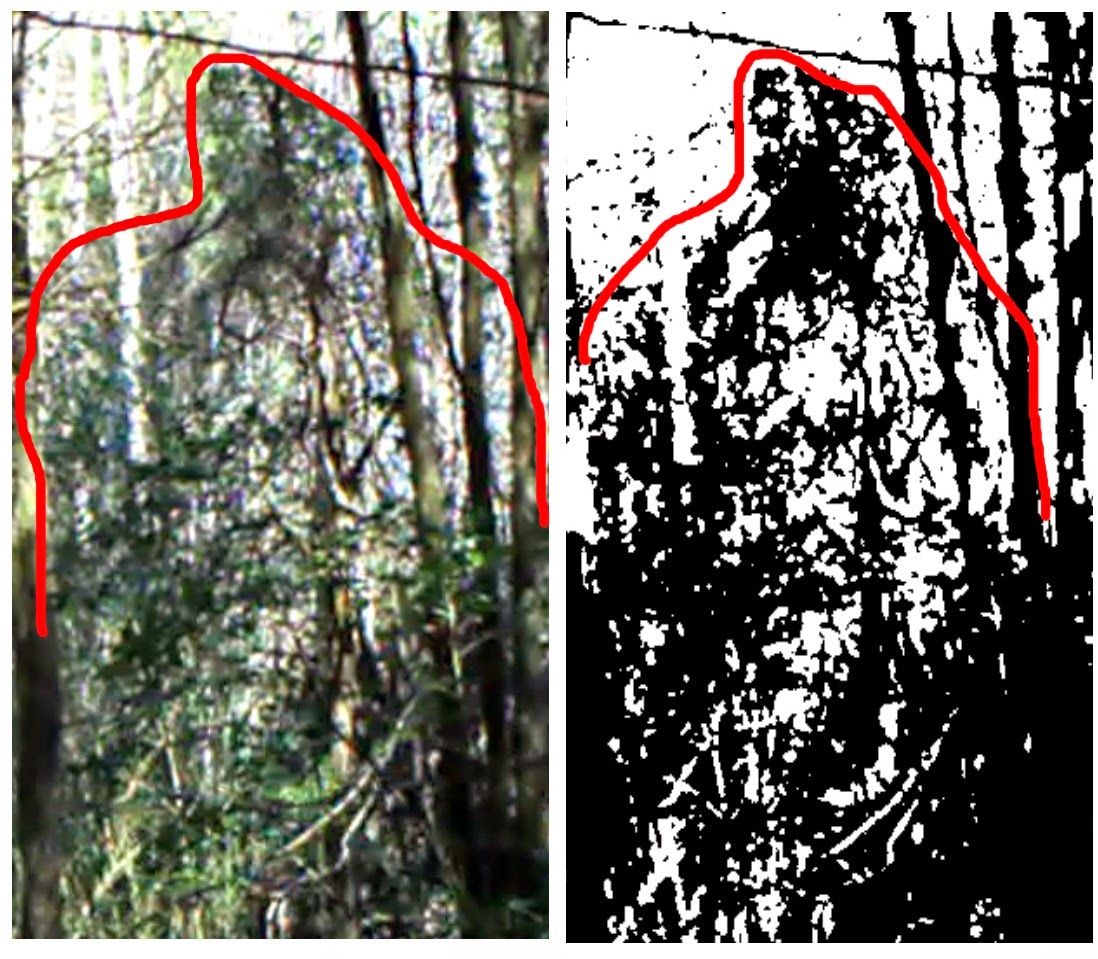 This is a re-post of a post that many found hard to believe. I took the original footage and used my new software to enhance and stabilize. I have included the new enhanced video and the original so you could get the entire back ground of the recording of the video.

Below is the enhanced version and the original.


I had confided in my good friend Richard that I was getting these visitations at my home but the dern things were avoiding all my attempts to capture a picture of them on traditional trail cameras. Richard had purchased a 3rd Gen. Night Scope to use in his research a few years back. He was not currently using the scope and was kind enough to loan it to me.

I immediately went to work adapting a HD Video camera to the eye piece so I could record images at night. This scope was designed to be used with an IR emitter, but it is so sensitive that ambient light from the moon and in my case street lights are more than enough to illuminate my back yard for the scope. I have a working theory that the Bigfoot can see light in the Infrared Spectrum. This ability to film with very little electronic emissions is critical.

The only draw back to this setup is the scope itself. Since it was designed to be a rifle scope it does not have a "wide angle" setting. The scope has to be focused on a area at a fixed distance. This greatly limits my field of view. I place the scope and camera combination on my deck most nights. I point it in different directions every night since the field of view is only approximately 15 feet wide.

I have recorded flashes of things but no detail. On the night in question I was operating the scope/camera and searching for a subject because of all the commotion. I also used to zoom on the camera to look at areas more closely.

Another draw back to the camera/scope combo is it is very difficult to see things during operation. There is little contrast in the light green picture generated by the scope. That is why I did not see the subject in the camera when I was filming. Only after adjusting the brightness and contrast on my video viewer did I see the Bigfoot hiding.

I went out at a later date and recorded myself at night in order to have a comparison. I found that the Bigfoot was probably standing at an angle either kneeling or squatting as it looked at me. The interesting thing I found is regardless of time I took the video, in the day light or at night using the Night Vision scope it was every easy to conceal my body and only stick my head out. 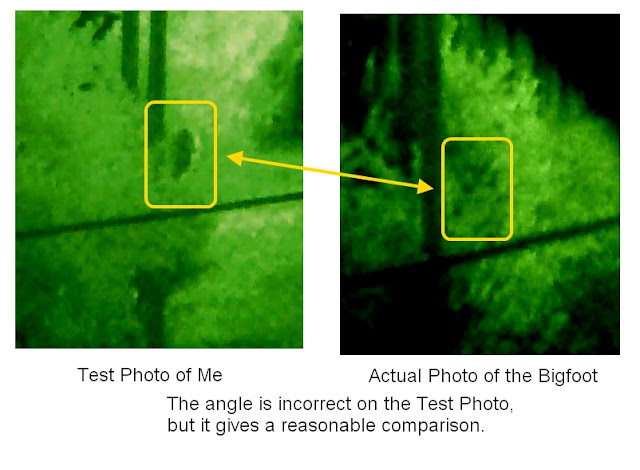 Time and time again I hear "where is the body?" or "its just a disembodied head, it must be an artifact, their is no body". Well my head was not separated from my body (there are some in the Bigfoot community that wish it was :-) ) and the only visible part of me was my head.


This is a common practice in the wild. Deer especially use this tactic of hiding their entire body and only sticking their heads out to take a peek at a hunter. I have witnessed it many times. There is also the obvious reason, all the sensory organs are located on your head! The eyes, ears, and nose are used to locate and identify. It is smart not to expose your entire body from both a camouflage and danger perspective. I'm sure if your eyes were on your elbow the critics would be complaining we only get a shot of their elbows!!