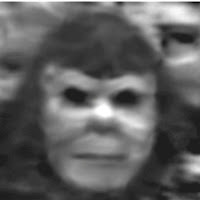 I have a interesting theory about how the Bigfoot hide from us or at times seem to disappear. During my  research I have noticed a phenomenon that I occasionally will capture on video recordings. I will usually get the gut “feeling” I am being watched. I then stop and take video of the area where I think the Bigfoot is concealed. I will pause and video for a minute or two and sometimes zoom in and out of the area then move on. When I review the video at a later date I will notice a “blurry” area in the video. The foliage in front of and behind this “blurry” area will be in crisp focus. In a small number of these “blurry” areas a faint figure can sometimes be seen. The figure is always out of focus but recognizable features can sometimes be seen in the “blurry” area such as a nose, mouth, eyes, arms, shoulder, and upper trunk. I have checked my video camera and it is functioning correctly. The lens is clear of debris or finger smudges. The “blurry” area is in different locations on the frame, left, right, and middle.  I am not seeing this “blurry” effect with the naked eye while I am in the field. I only seem to capture it on the video camera.


I began to do research on what could be causing this or what it could be. I found many eye witness accounts where the person reports seeing a Bigfoot then it just “disappears into thin air”. Other witnesses have reported seeing a figure that resembles the alien in the “Predator” movies when using the artificial “cloak”. Native Americans have long believed the Bigfoot has supernatural powers to become invisible or shape shift into other animals. The Native Americans believe this explains how when seemingly cornered with no route of escape the Bigfoot can just disappear from sight.

Theory: The Bigfoot has the ability to use acoustics (infrasound) to excite and control the water vapor molecules in the air around them. They use the water vapor as a prism to reflect and diffuse the light away from their bodies creating a cloaking affect. The Bigfoot will appear to blend in with the environment around them to create a natural camouflage. This camouflage effect is created because the eye is seeing the objects that are around the Bigfoot at different angles. 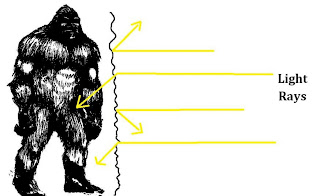 I capture just a few frames of a Bigfoot hiding in the middle of heavy vegetation. It is only approximately one hundred feet from the parking area of the trail head. I had the feeling I was being watched and should have stopped and filmed the area thoroughly. Unfortunately I was in a hurry to get to other areas so I pointed the camera in the direction I thought the Bigfoot was hiding and filmed as I walked. This was a mistake. The Bigfoot was no more than fifty feet off the trail. He is in total stealth mode. I have debated if the algorithm of the digital camera turned him green or he was in stealth mode. I am now convinced he was in stealth mode. He was green because that is the color of the vegetation around his body. 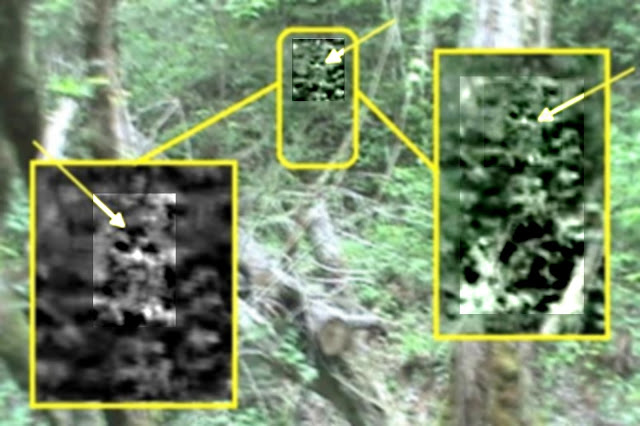 The above composites show the Bigfoot in “Stealth Mode”. Note that his face is green and matches the foliage around him. The insert photograph on the left has been converted to black and white. This allows you to see the facial detail. 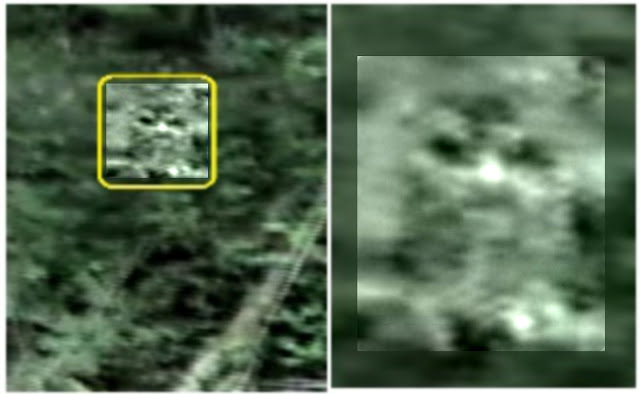 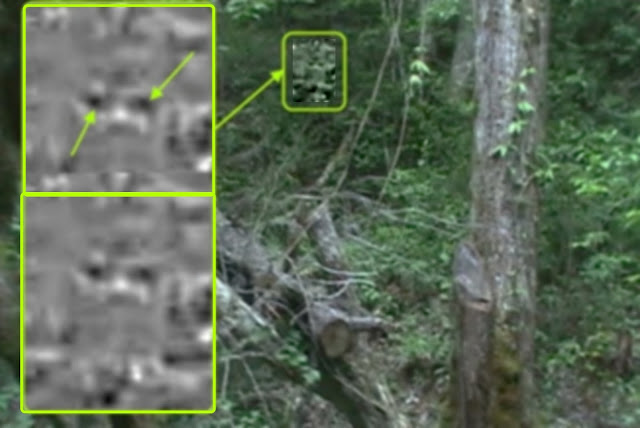 The theory I have proposed could be categorized as “Science Fiction”. Scientists have only begun to investigate acoustics and how it affects us and the world around us. The science of acoustics is just now in its infancy. Early experiments are showing that sound waves can do amazing things to include levitating objects, boiling water, crumble solid rock, and have numerous physical and physiological effects on humans.

Is the use of acoustics a skill the Bigfoot has mastered? Do they use it on a regular basis to communicate and protect themselves? Is this skill taught to their young and passed on from generation to generation?

The theory I have proposed could be just one possible answer to these questions. I have only provided anecdotal evidence at best. It will take field time, extensive video documentation, and some help from sympathetic experts in the acoustics field to gather the necessary evidence to prove or disprove my theory. I do however think it is plausible based on my observations and research. It is a good starting point to build on.

Video of a Bigfoot in "Stealth Mode" in part 2.