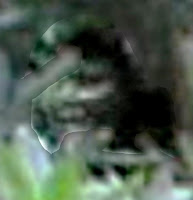 With the majority of the Bigfoot World and Mainstream Science refusing to accept the Ketchum DNA Study and Dr. Sykes' farce the “Bigfoot Community” is in a major funk. Some would even argue shock. Dr. Sykes managed to disappoint and anger all sides of the debate in the Bigfoot World. He was a “Universal Wet Blanket”. The Ketchum Haters, Ketchum Supporters, Bi-Pedal Ape, Human Hybrid, Paranormal Bigfoot, Underground Bigfoot, UFO Bigfoot, you name it and all factions were disappointed in the “findings” by Dr. Sykes.

This left the whole community with the collective realization that only a body will do. DNA studies will not do, High Definition Video will not do, multi-witness encounters will not do, footprints will not do, sound recordings will not do, only a Bigfoot laying on a slab for the world to dissect and examine will do. Though many like myself hate to admit it we all know this is the truth. 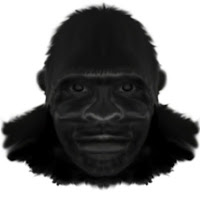 The debate now moves to how do we get a body? I am a “No Kill” proponent. Since I know they are a Human Hybrid I cannot condone murder to satisfy the demands of “Scientific Proof”. So how then do we get a body. After much thought and discussion this is my “proposal” on how to obtain a Bigfoot body.

Even though most of the time the Bigfoot demonstrate an ability to elude humans with ease for some reason they have not mastered the simple task of crossing the road without getting run over. Do not ask me to explain it, but it appears to be true. A posse of men on horseback can corner a Bigfoot in a box canyon and it can literally vanish into thin air, but granny comes around the corner in her Buick and bam the Bigfoot can’t get out of the way??

With that in mind here is what I think we should do. Organize a group of donors who will put up $100,000.00 in cash up front. Then assemble a group of volunteers on a “rapid recovery team”.  This effort should be centered in the Northern California/Oregon/Washington State area. Have a team of two people take the cash around in a brief case and began approaching state and local highway maintenance and cleanup crews, those fellows that have the unenviable job of cleaning up “road kill” from the highways and back roads. Sit down with the men/women and open the case and show them the cash, then tell them “Next time you come upon a road kill that has arms, legs, genitals, and looks like a large hairy man or ape and you know it’s not a bear or any other animal, instead of calling Fish and Game or local law enforcement and reporting you have a dead hairy person looking thing on the road, throw it in the truck and call us. Call us any time day or night and we will come to you and hand you this $100,000.00 in cash, no questions ask in exchange for the body.” Hand out your card and then wait. 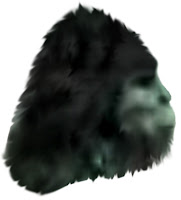 In my opinion we would have a body within one year and we would accomplish the goal of obtaining a body without having to hunt and murder one. To be honest I often doubt hunting one could be done by civilians. It would take the logistic assets of our military to pull off a live kill scenario in my opinion.  So why not take advantage of the most elusive creature in modern history’s “Achilles Heel”, crossing the road.