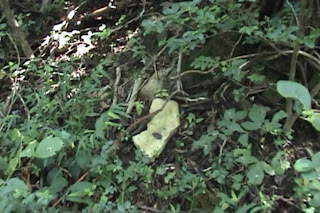 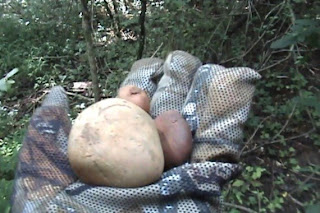 Instead of the Bigfoot taking the rocks they began to move them around and re-arrange them. The one pattern that became persistent was what I call the 3-1 or 4-1 pattern. No matter how many rocks I placed on the marble I would return to find 4 rocks still on the marble. Three of the rocks would be pushed together and one left by itself to form this 3-1 pattern. Occasionally it would be 4-1, but most to the time 3-1. 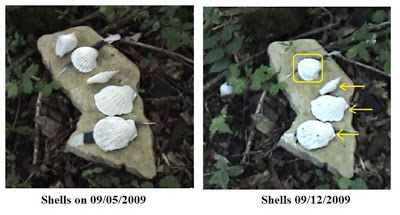 I came to interpret this as there are 3 of us and 1 of you. But this also became a “signature” or a code. This would be a way for this clan of Bigfoot to identify themselves. This became apparent when I began experiencing home visitations.

When the home visitations began I wondered what group of Bigfoot were visiting my home. I currently study two separate groups, one on public land 22 miles south of my home and another group in the National Park 32 miles from my house. Approximately six month into the visitations the Bigfoot left me a clue of where they were from. A fence post was pulled out of the ground and the below formation was left in my back yard. The cross made on the ground aligned with the points on the compass. The arrows on the ground pointed due South, the direction of the public land Bigfoot Clan's home area. 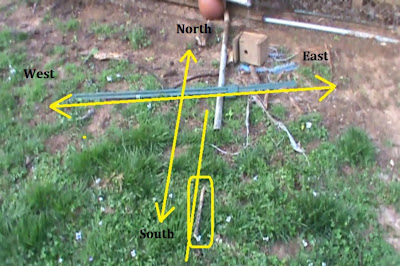 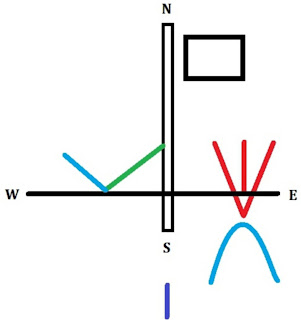 Then about a year into the visitations the Bigfoot left me their signature. Now there was no doubt who was visiting my home. The 3-1 pattern began showing up in objects on my back deck. This is a “code” only the Bigfoot and I had knowledge of, it was something unique. This is what I find amazing. If this was “random” an act of Squirrels and Raccoons how or why did the 3-1 pattern continue to be prominent.  To further confound the critics the objects arranged in the 3-1 pattern at my residence included peanuts and candy bars. Both would have been eaten if the culprit were an animal!

Below are recent examples of the "Bigfoot Signature" from my residence. 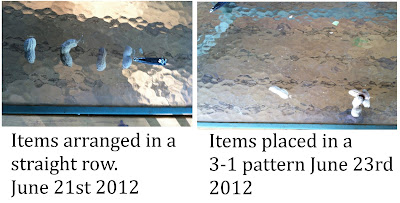 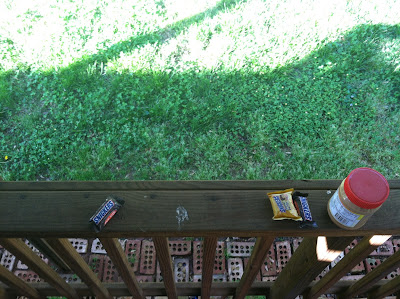 The question still remains what the 3-1 means or did it ever mean anything. Is this truly the “signature” of this particular Bigfoot clan?  Will they use it to identify themselves to me? Only time will tell, but this is the first step in meaningful communications and I hope it continues and becomes verbal and eventually in person.