On March 29th, 2015 my wife and I were hiking in the National Park. We stopped to rest at a major trail intersection. While we were resting I began to get that “feeling” again. I took my video camera and began to pan the hill side above the trail following my gut as to where something might be watching us. I zoom into to one area that looks suspicious. I remember seeing a dark form but given the small view screen and the glare could I could not see anything conclusive at the time. I filmed the area for a few moments then moved on to the next. During review of the video, where I have the luxury to go frame by frame and adjust brightness and contrast, I noticed a Bigfoot sitting on the hill side observing the trail intersection.

This Bigfoot has the sun reflecting off the top of its head. 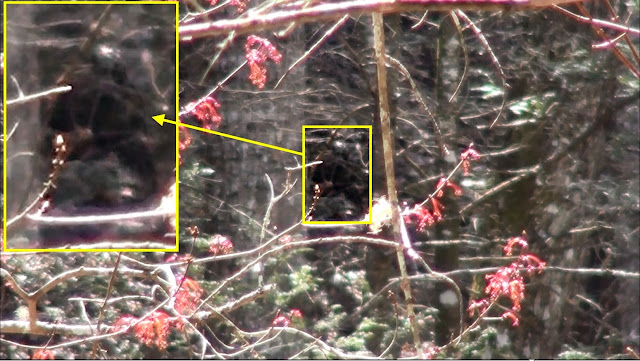 You can see the right arm in this still capture. 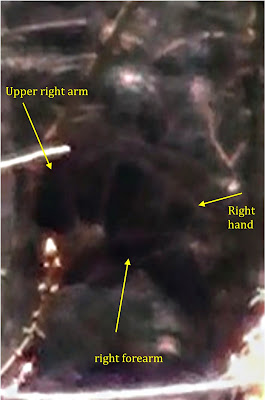 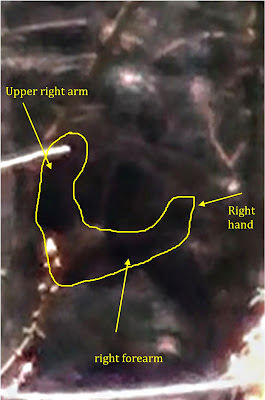 The Bigfoot appears to be holding a frame of some short made of sticks. Is it a basket frame? Is it for some other purpose? 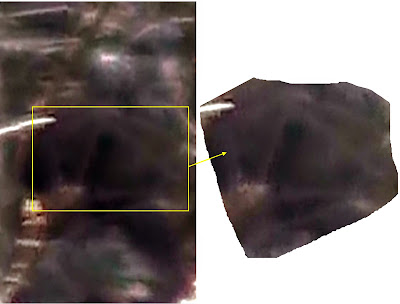 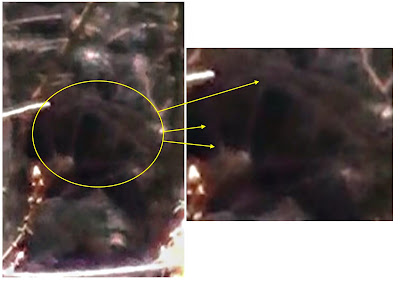 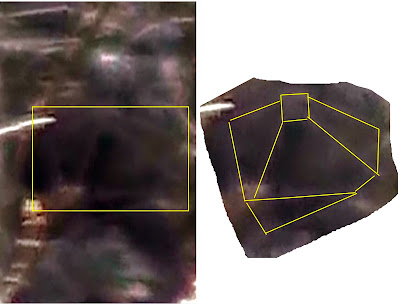 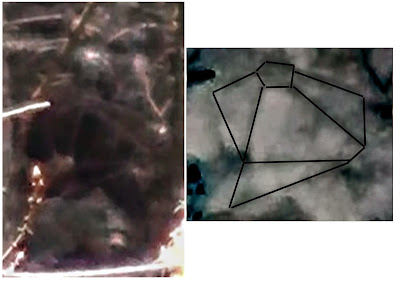 The Bigfoot's eyes are visible in this still capture. 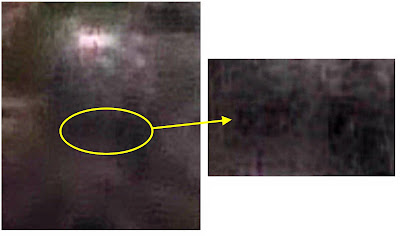 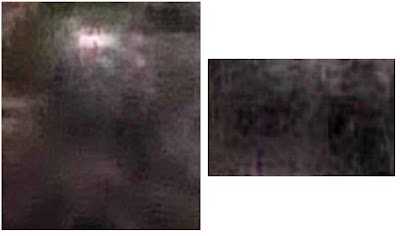