In the early spring of 2011 I captured seven frames of a "Bigfoot" watching me walk down a hill. I was using my back trail camera. They day was clear and bright and the subject had the sunlight on him. It appears in the video that the subject is "Blue". I do know that black hair when exposed to such conditions will look blue and I am making the assumption this is what happen. It is either that or a man in a complete blue body suit to include head covering was following me in a remote area.

Below are the series of still captures from the video:

This is a before/after shot of the subject: 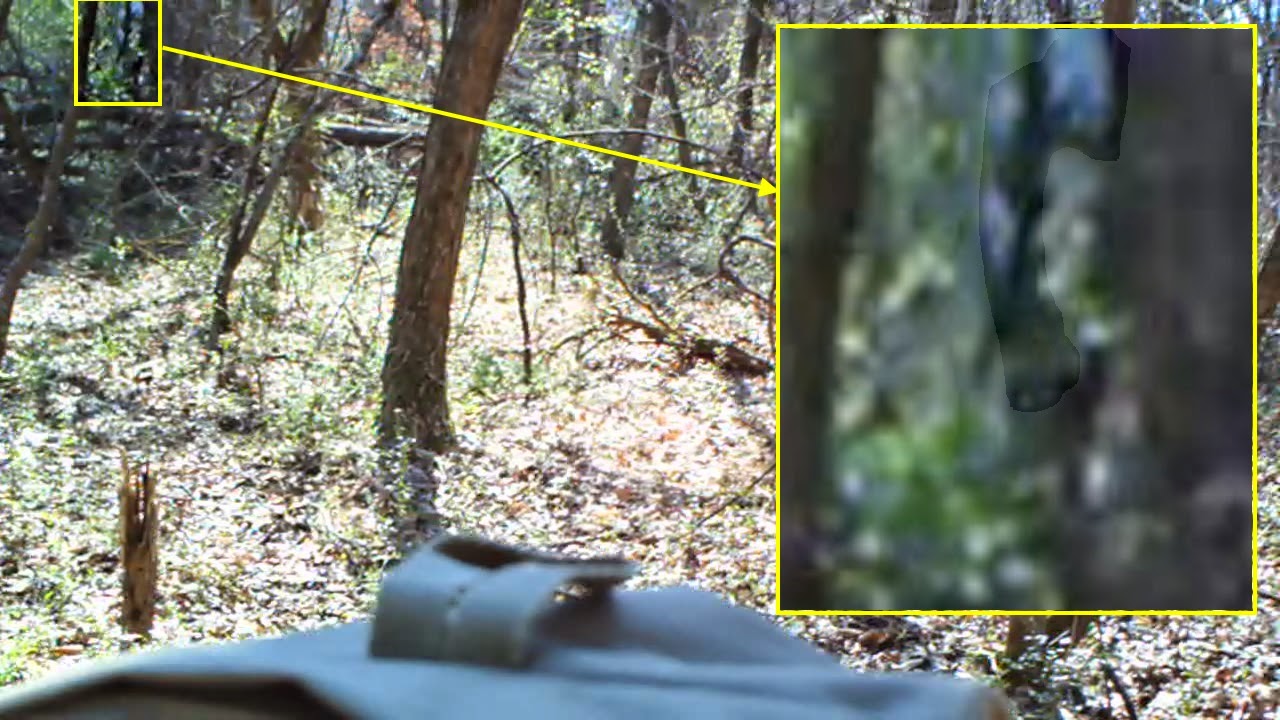 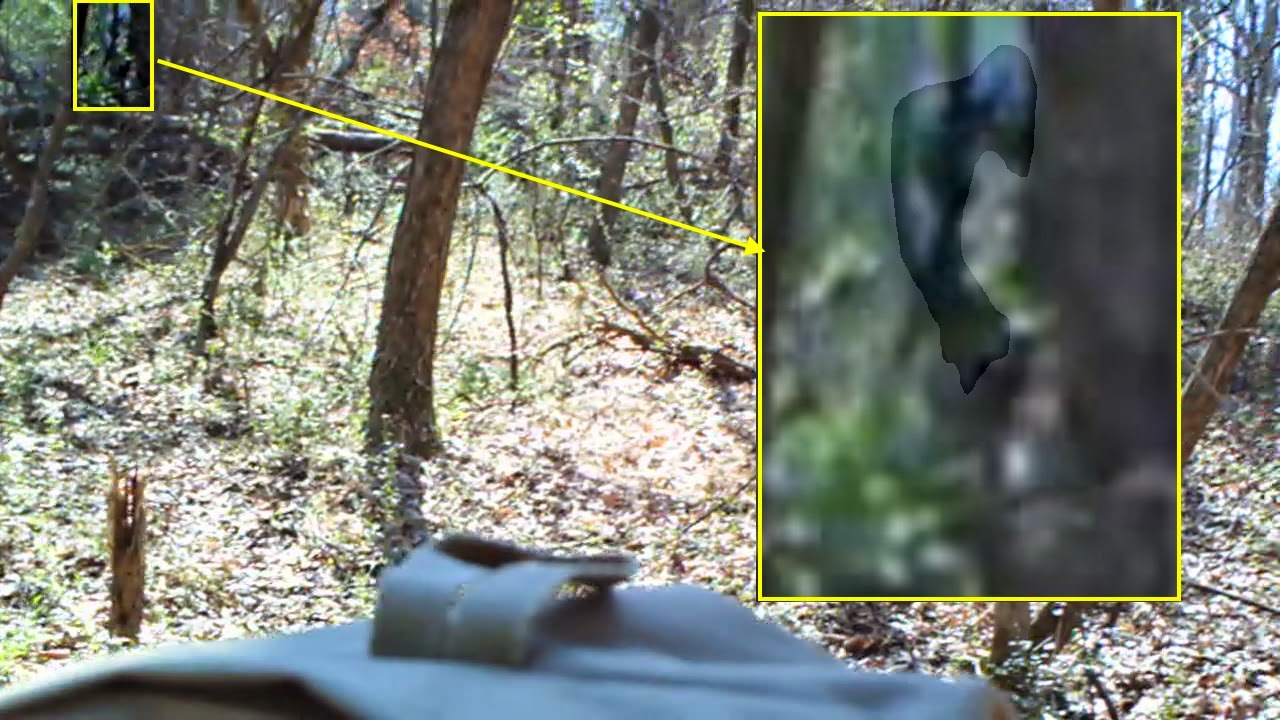 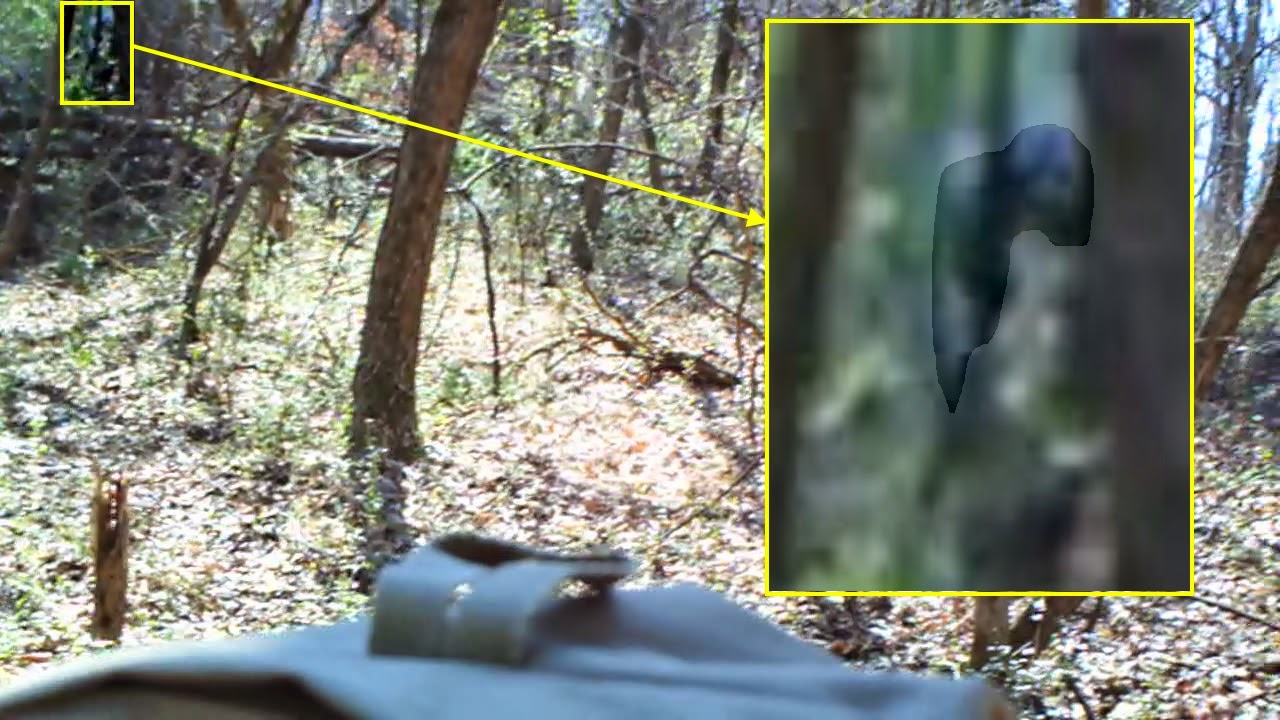 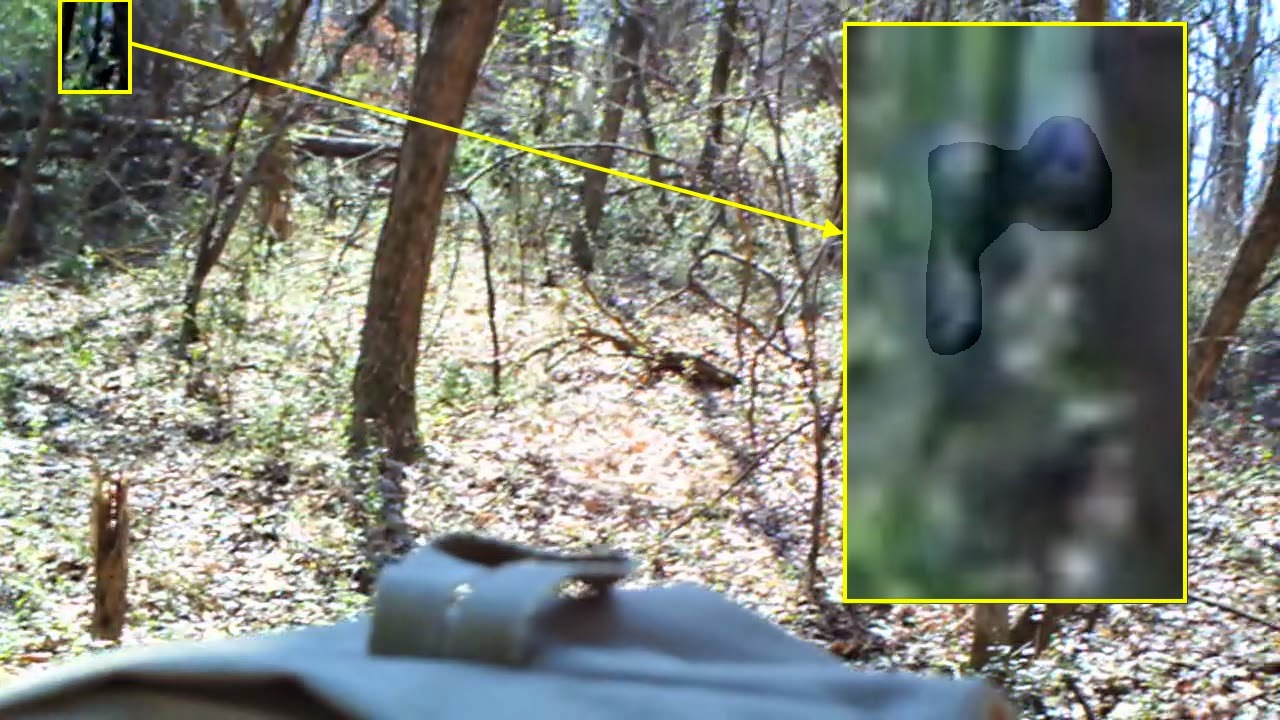 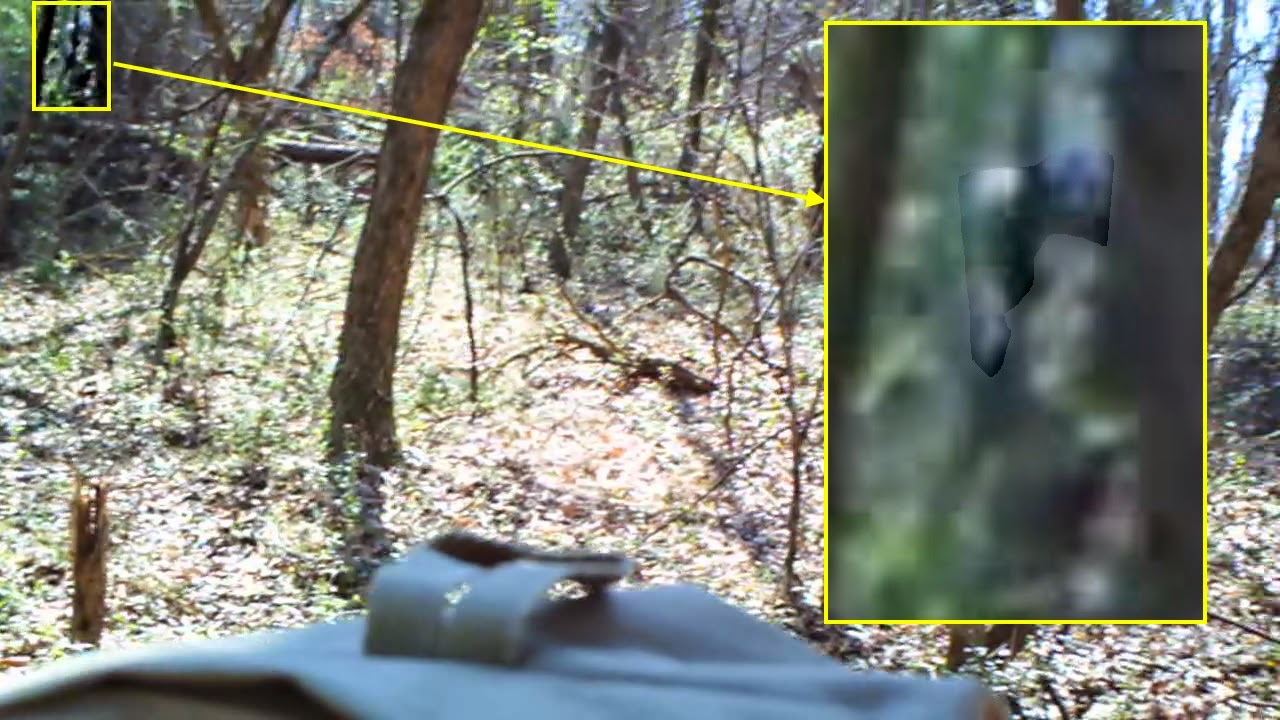 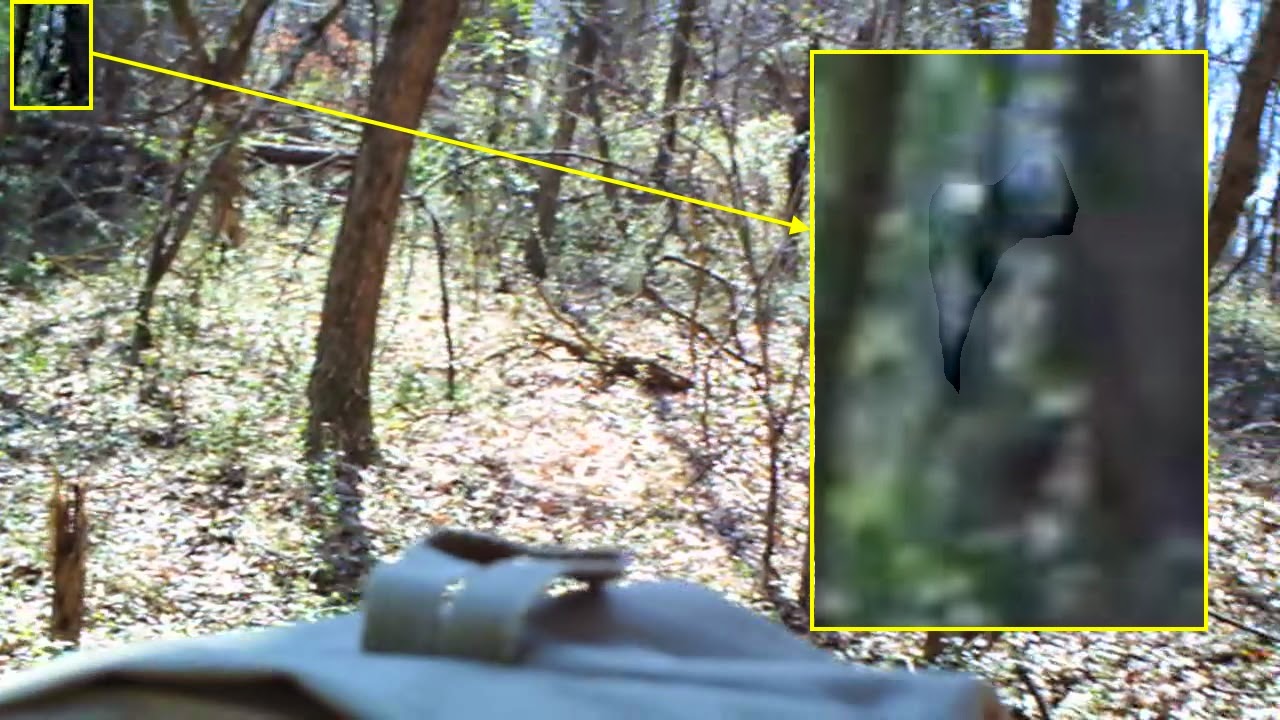 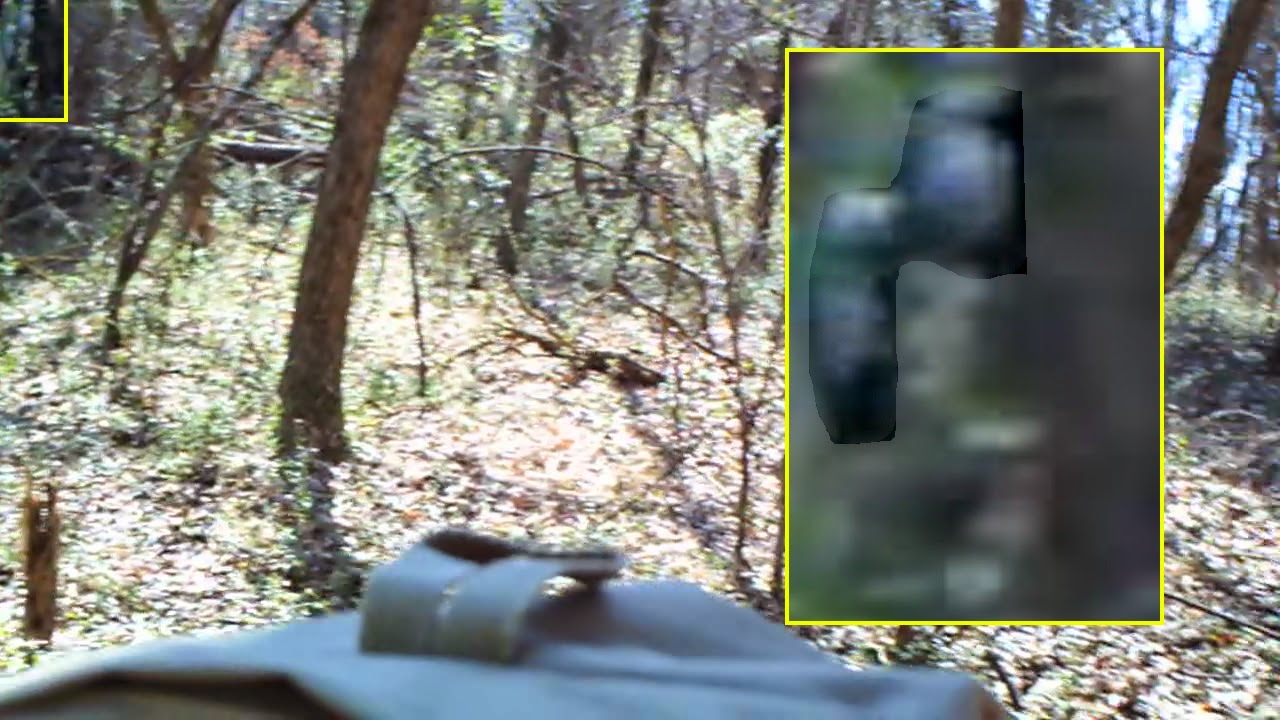 That is all I was able to capture of him, a review of the entire day only showed these seven frames. That is how good they are at being stealthy. Below are drawings I did off the blow up of the Bigfoot. On frame shows the eyes pretty well while other frames show the facial features. 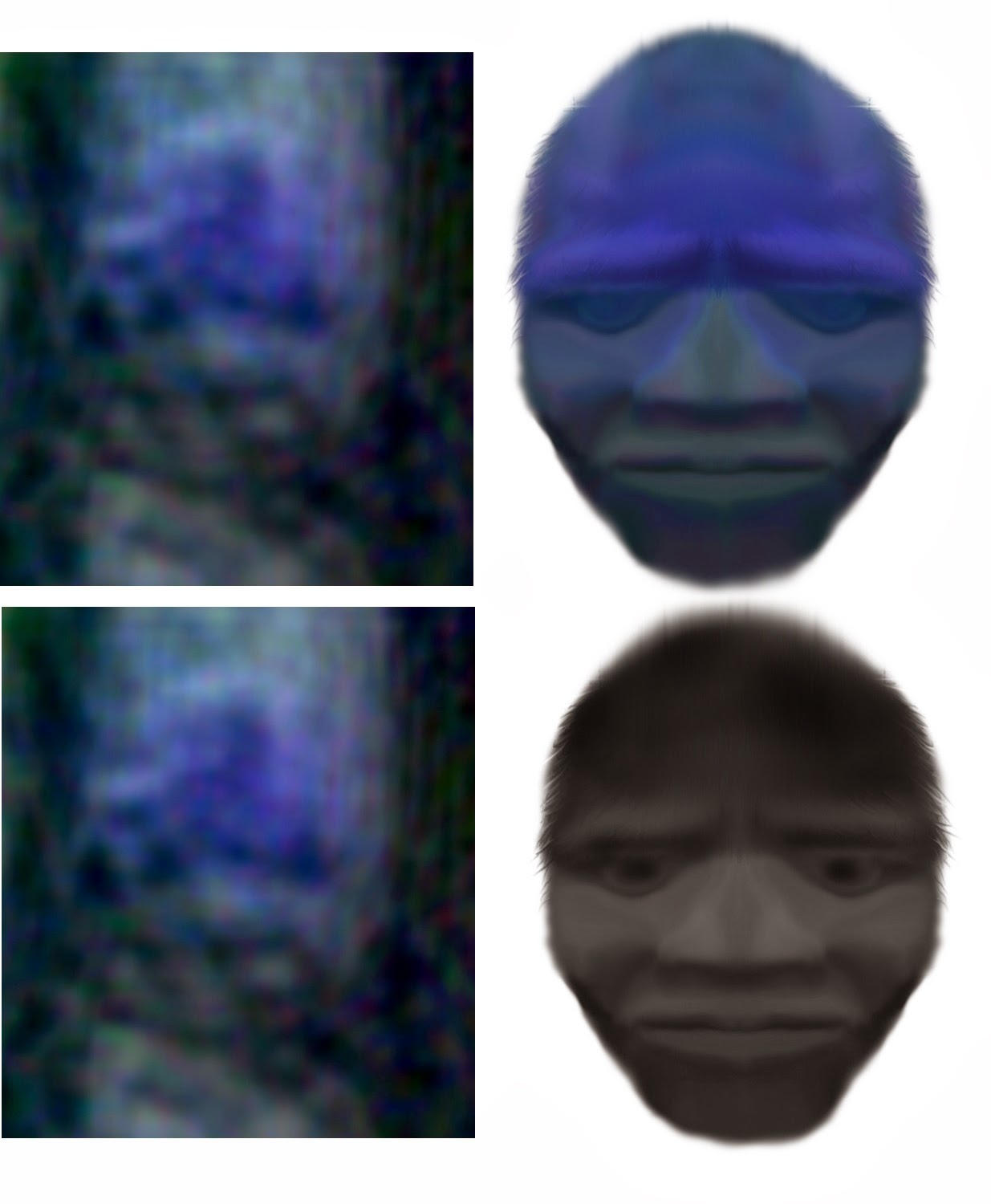