I thought the booger was crawling in the ground, but when zooming in and taking a closer look the subject is in the "Stump Pose" IHMO... 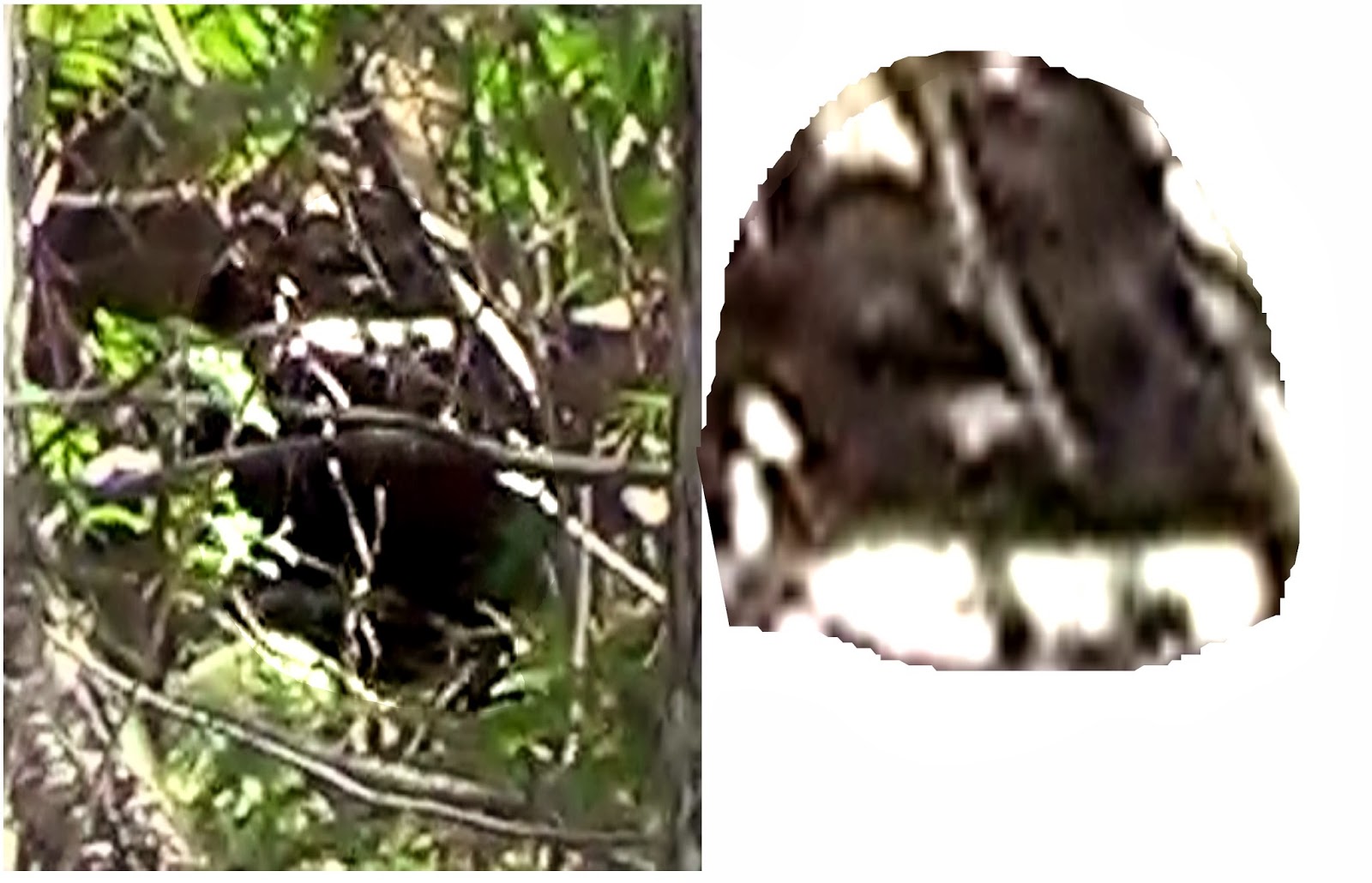 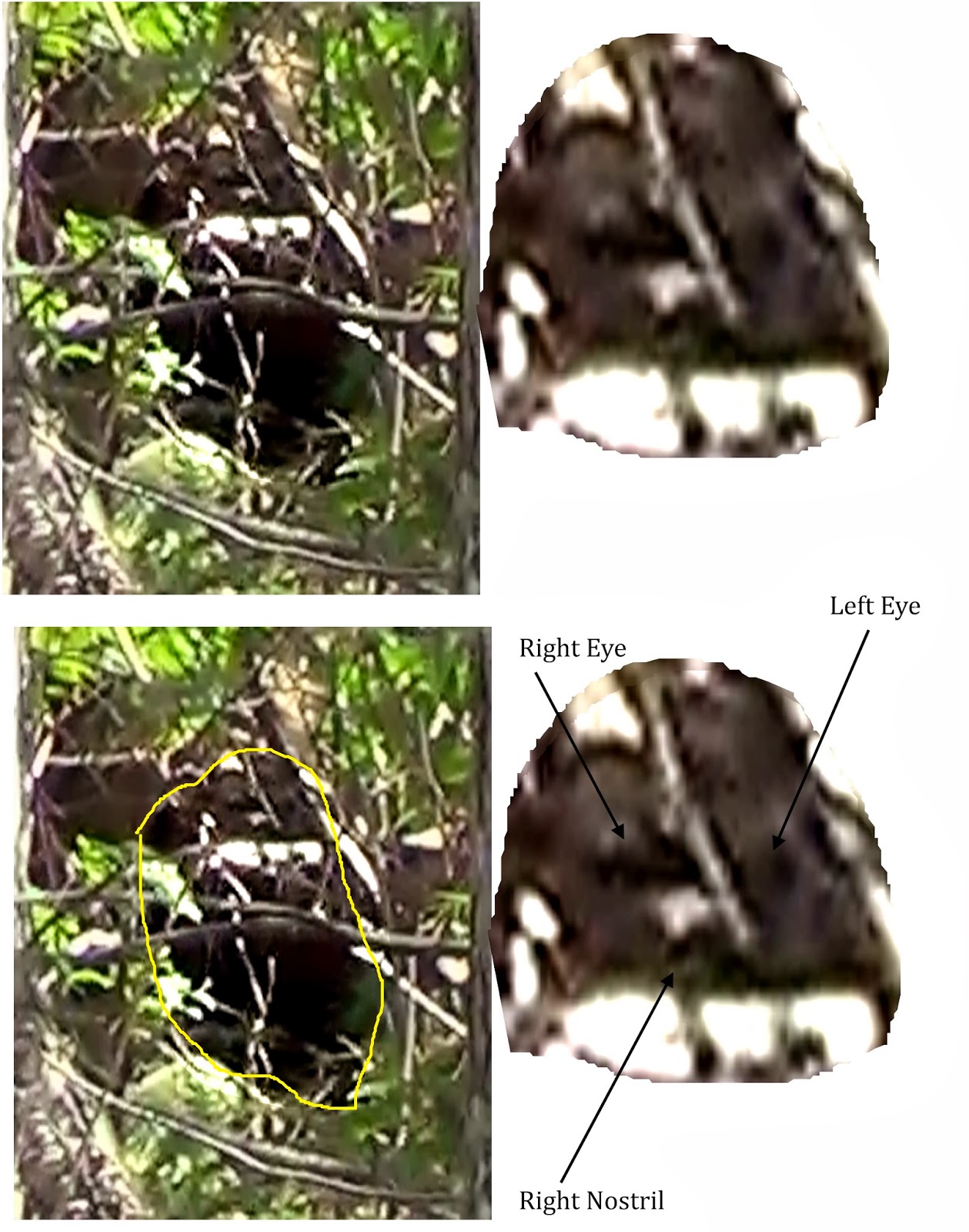 I am still working on the video but wanted to give you a preview of what I have captured. I was making my way down the mountain in the National Park when moment caught me eye high above me. Below is the location of the movement marked. 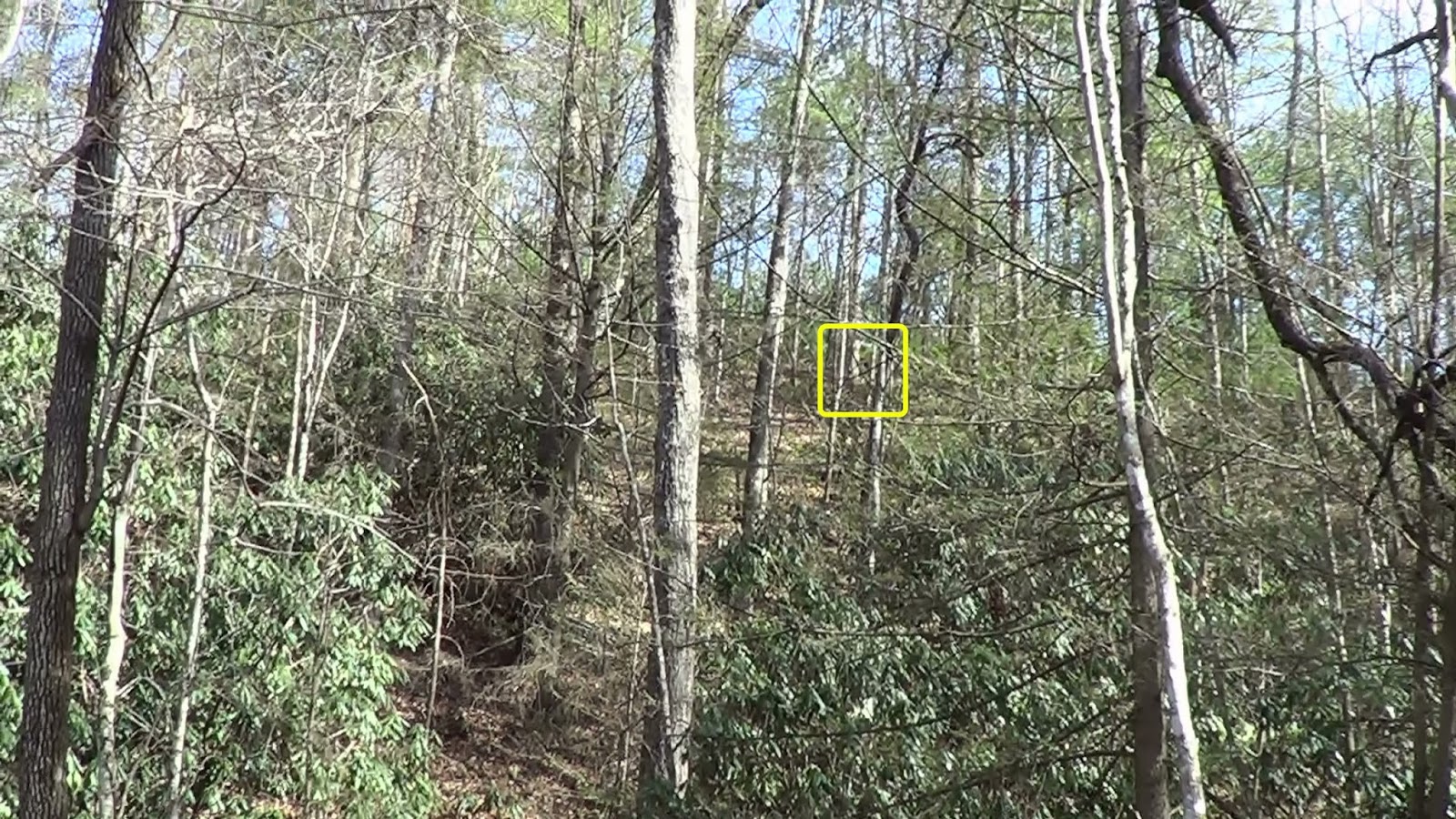 Because of the step angle and foliage I had to free hand the video camera and was not able to use the monopod to stablizie, below are a couple stills of the hairy blob that was moving. 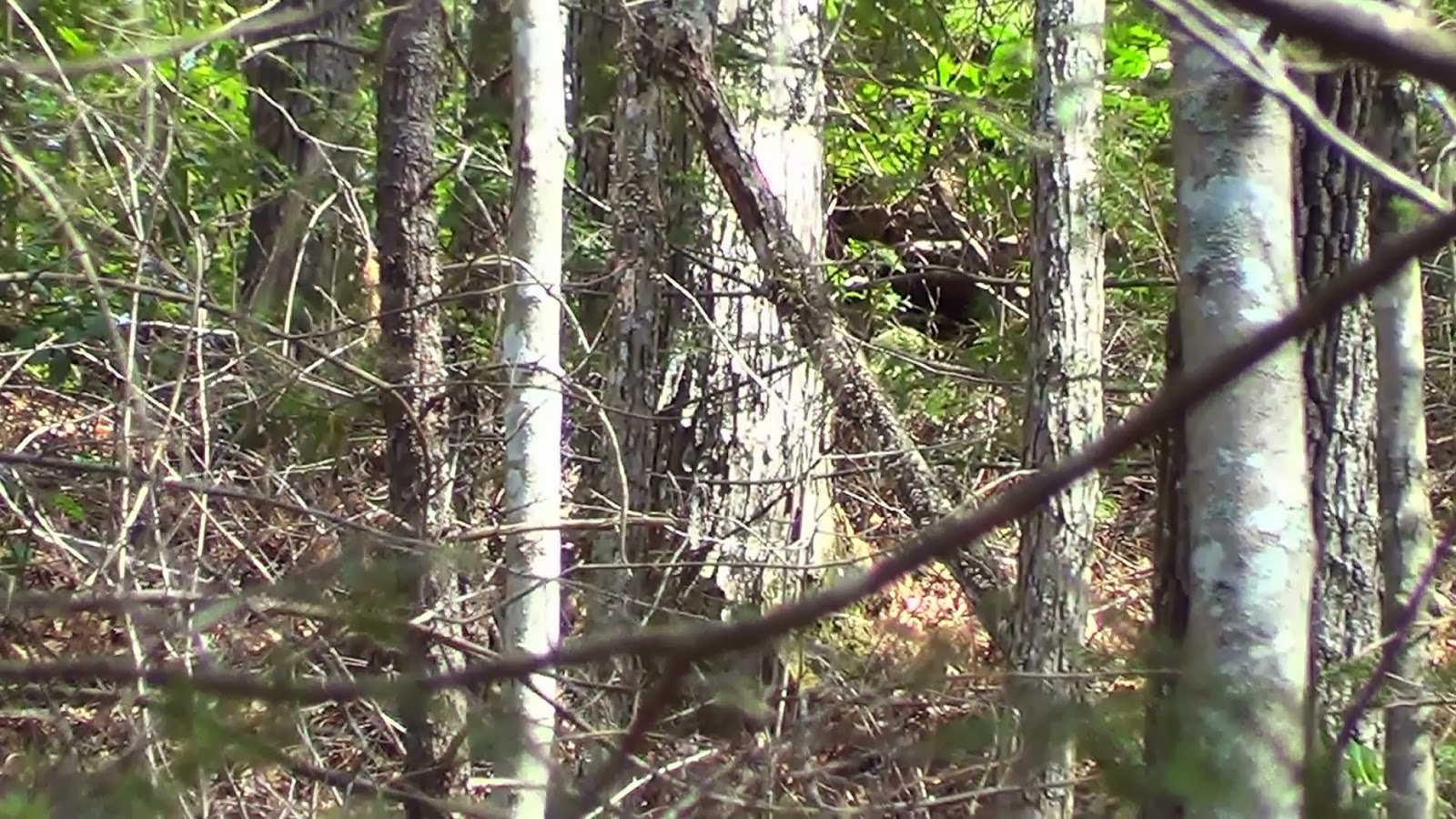 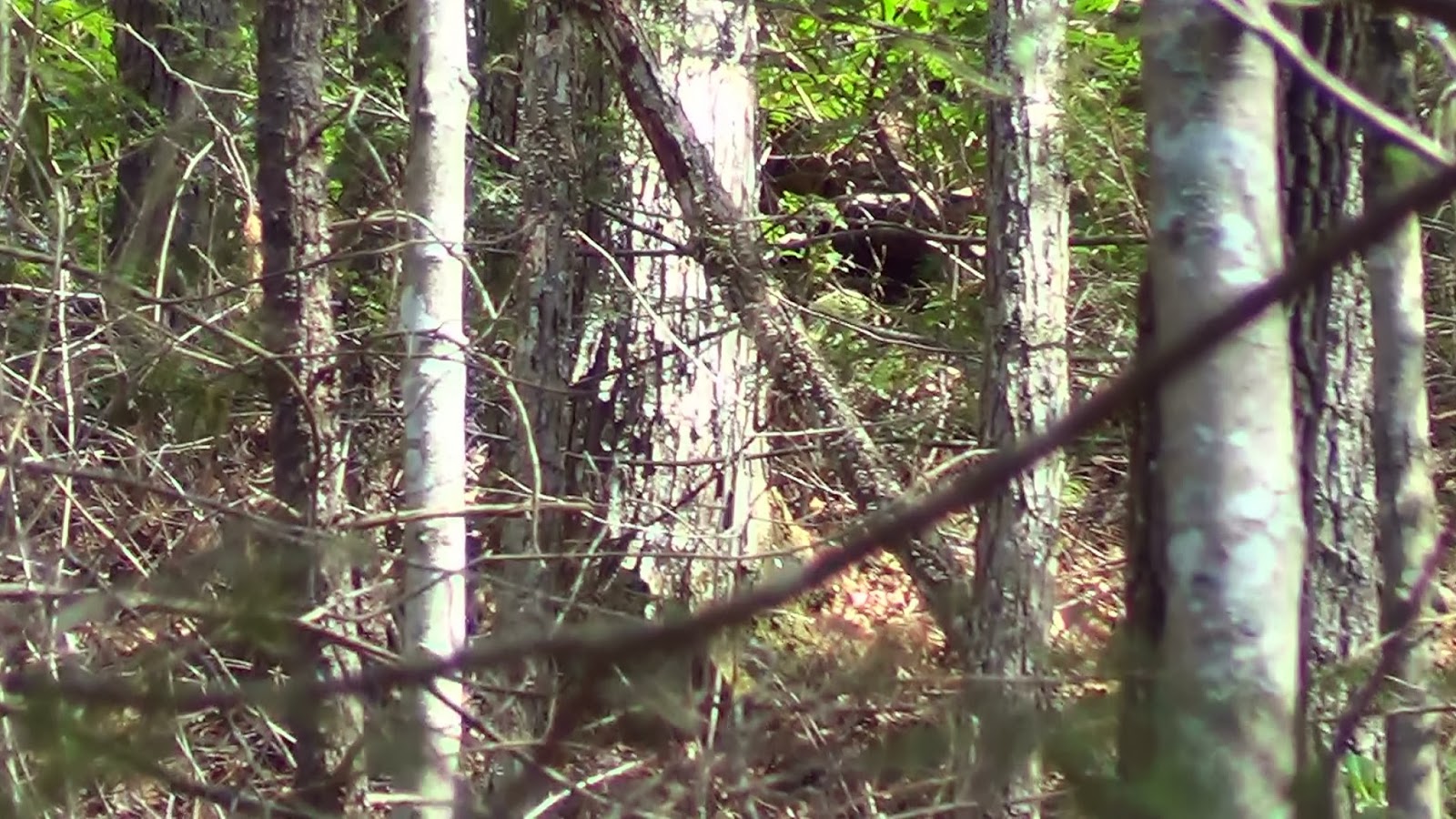 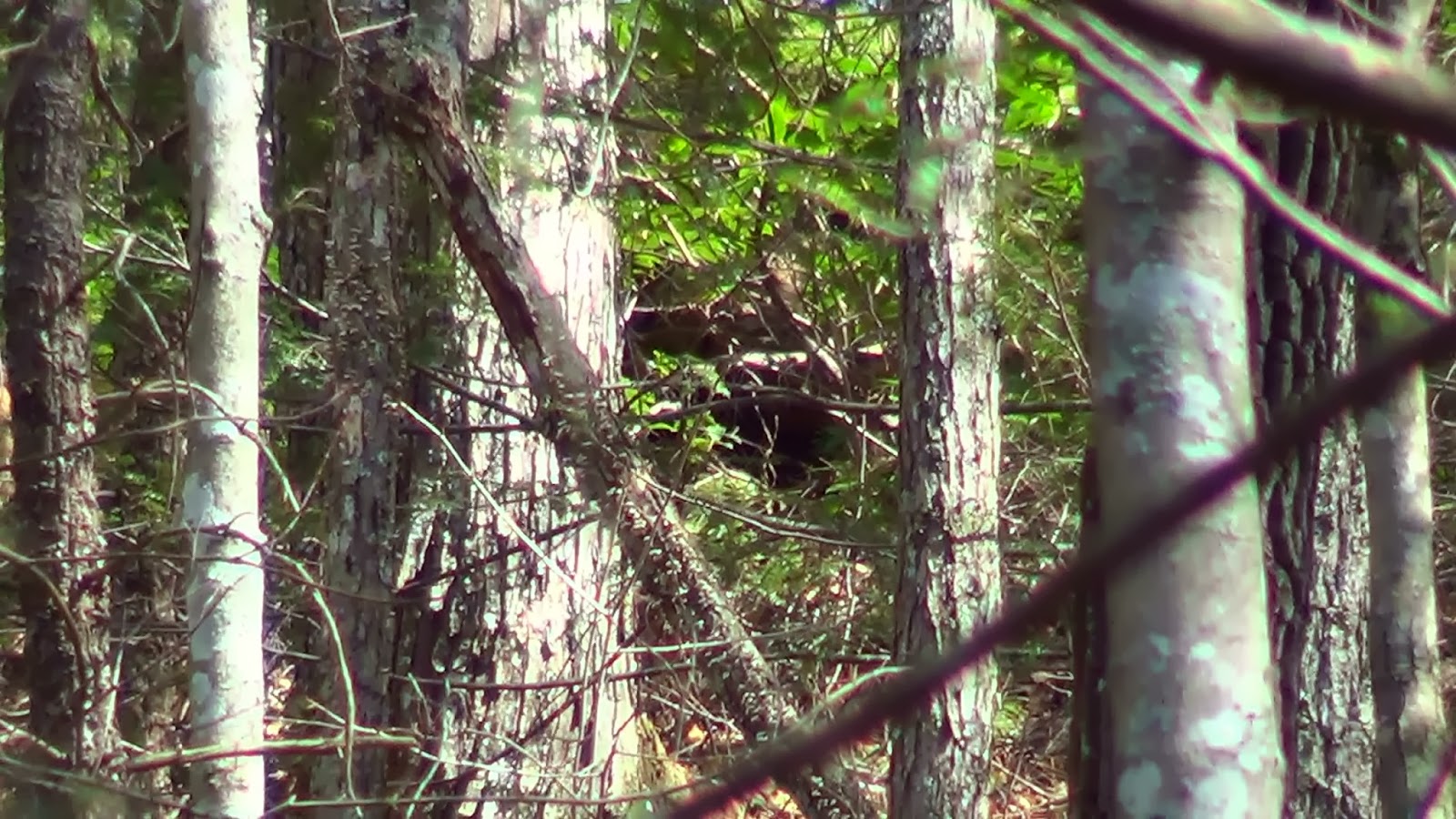 As usual the camera began to alarm as my SD card was full, it took be approximately two minutes to switch and get zoomed back into the area, the blob was gone. 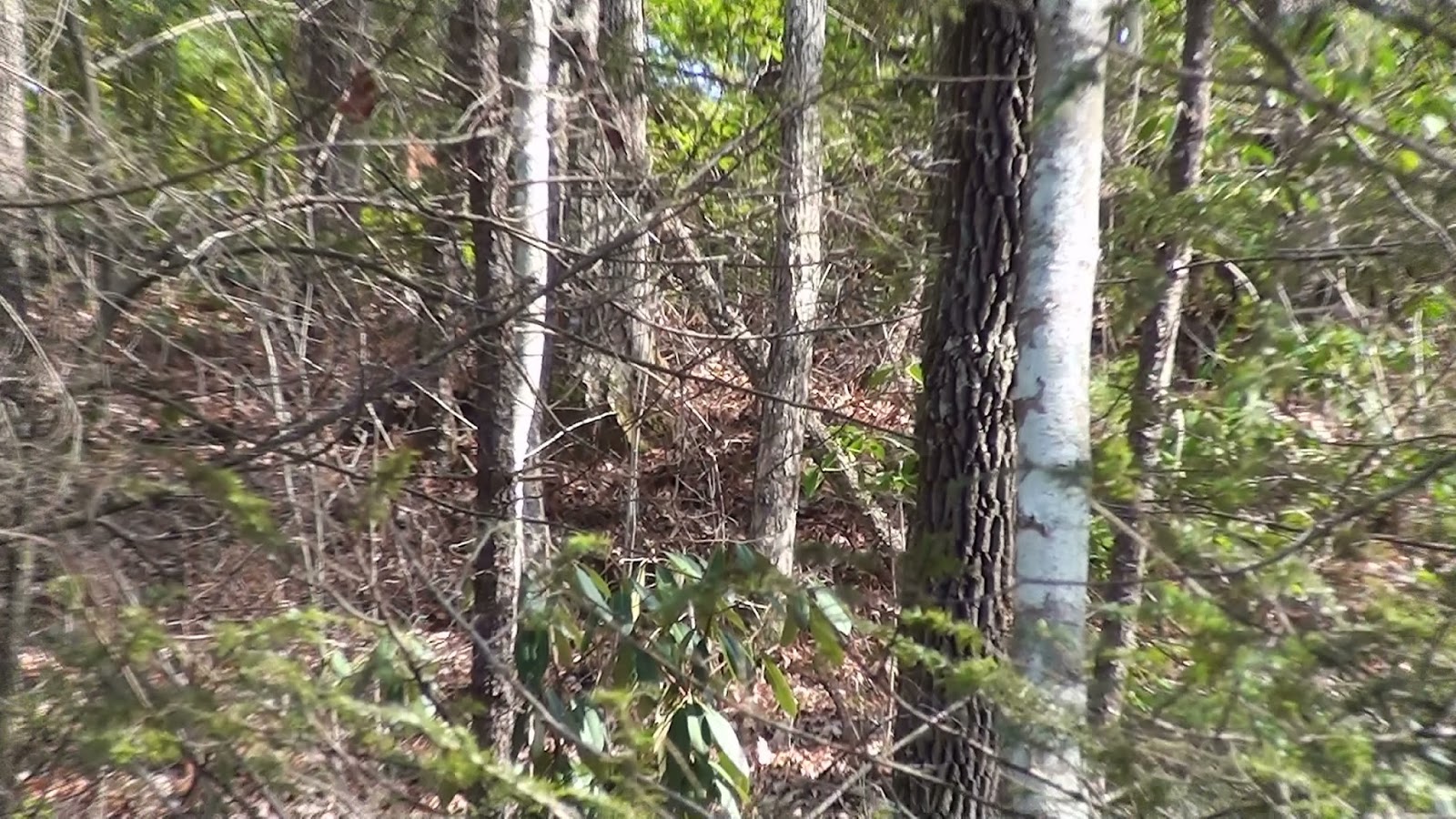 There is something "crawling" along the ground to the left of the tree now, and appears that something else my be peeking around a tree just above where the blob was, take a look. 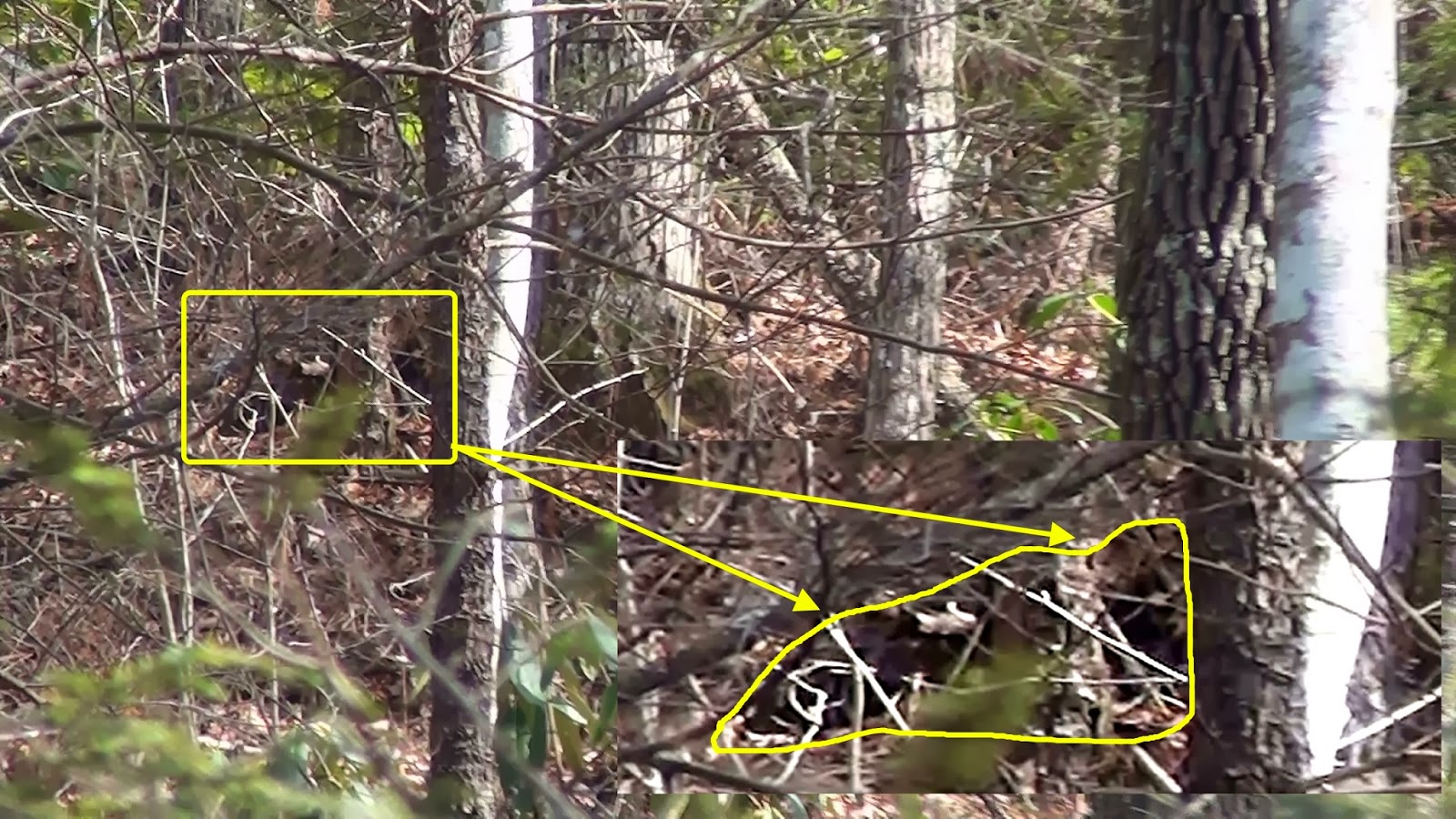 And just above it is this one standing peek around a tree? 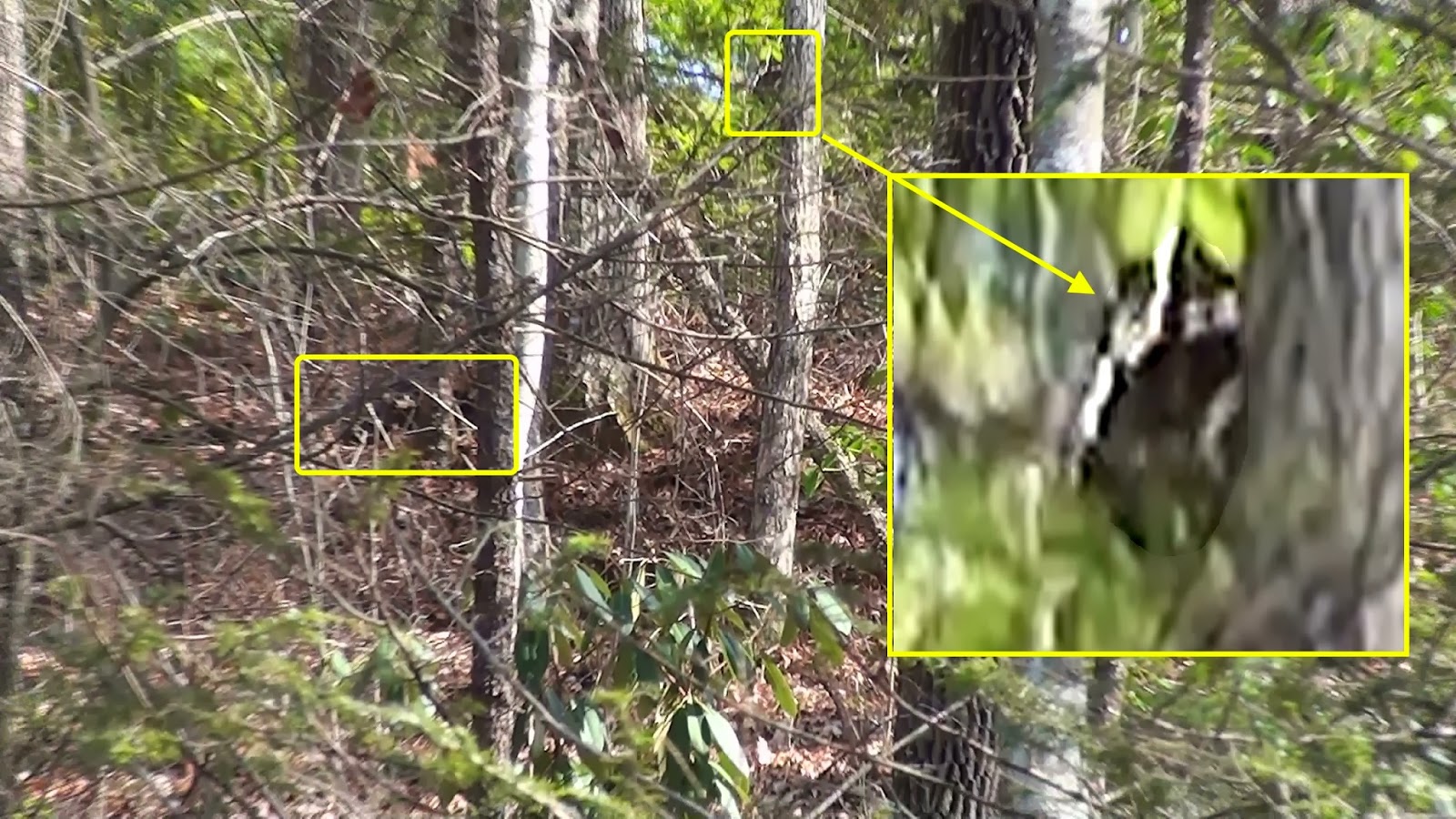 Before and after on both locations: 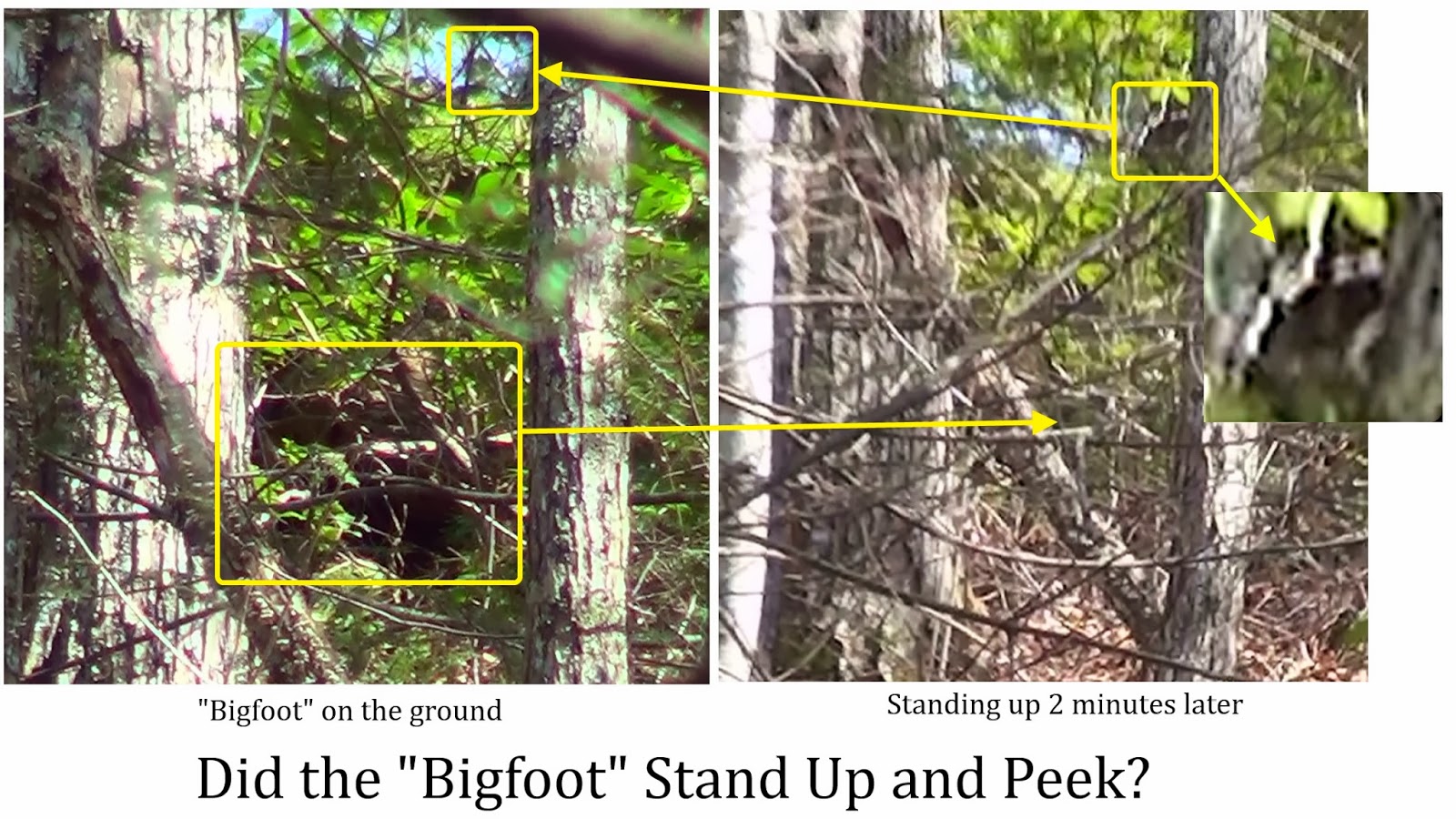 Video to follow ASAP. Wanted to give my blog readers a heads up.
Posted by Joe Black at 12:02 PM