Bigfoot and the US Military

This is a very interesting video posted on YouTube. Our Military forces encounter Bigfoot on a somewhat regular basis. Most of our Military bases have large tracks of lands surrounding them that are off limits to civilians. The Bigfoot appear to know this and take full advantage by hiding and living in these "protected areas".

A couple years ago I worked with a lady whose husband was stationed at Fort Sill in Oklahoma. The base had a water shed that ran through the base in the "off limits to civilians" zone. This water shed connected a large wild area north of the base to agriculture fields south east of the base. This water shed also went under a major interstate providing a safe and hidden route under this heavily traveled road way. 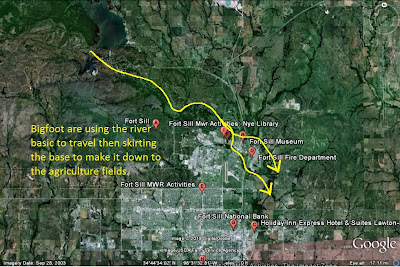 The witness had routine visits to her on base housing facility. Her back yard ended where the edge of this water shed began. She witnessed them looking in the window at her and her children. She also could hear them and see their eyes glowing in the wood line from her back deck. The Bigfoot would also take her children's toys that were left out in the backyard overnight. During one encounter she had brought lunch out to her children, later they went into the house after eating leaving the plate of left over PB&J and chips. She went back outside later to retrieve the plate and found the food gone and a Bigfoot attempting to hide behind a small tree in her back yard. She went back into the house and the Bigfoot ran into the woods. 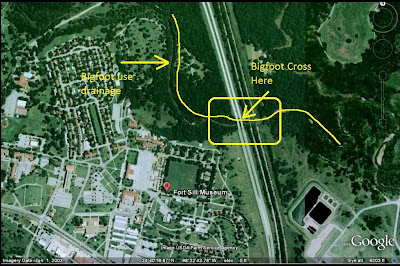 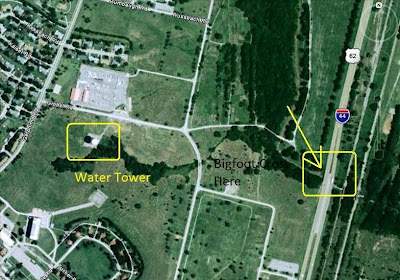