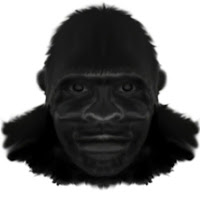 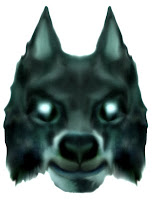 The problem is I am experiencing these “odd” cryptids. I AM NOT LOOKING FOR THEM! They have found me. I am out in the woods doing Bigfoot research and these cryptids are just showing up. I cannot just ignore a six foot dog like creature staring at me from only 30 feet away. I did not imagine it, I experienced it! I also have it on video along with claw marks in the trees and foot prints on the ground.

just feet behind me? Some want to deny what is on the footage I have posted, but every reasonable person I have shown the video to has admitted there is a creature there, they can see it, and it makes them extremely uncomfortable. The most common description I get is “that footage weirded me out!”

When I first befriended Dave Paulides and we started working together he told me something that would prove prophetic. David had talked with Ray Crowe the author of the long running newsletter “The Track Record”. (NABS now owns the complete archive of The Track Record”. ) Ray told Dave, “the longer you research Bigfoot the stranger, weirder, and unexplainable it will get”.  Four years into researching Bigfoot I can tell you this is a very true statement.

The problem is, what do I do with the videos, evidence, and experiences? One of the founding tenants of my research was to be open, transparent, to post videos, and present my experiences un-censored and un-cut. In doing so some YouTube viewers and Blog readers have taken issue with the experiences that do not relate to Bigfoot. 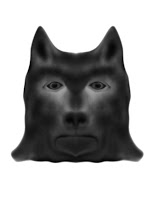 I find it interesting that while I am accused of “being way out there” or “off the reservation” others who have had similar experiences are taken seriously and considered legitimate. The bestselling book “Hunt for The Skin Walker” by Colm A. Kelleher PhD and George Knapp is a prime example. Everything I have experienced is documented in this book yet Knapp and Kelleher are deemed respectable and believable while I am labeled a “kook” and “on the fringe”. I would also like to point out that the group NIDS (National Institute for Discovery Science) is the group featured in the book and the group was founded and funded by Robert Bigelow. Bigelow is a hotel and aerospace entrepreneur. He owns the hotel chain Budget Suites of America and is the founder of Bigelow Aerospace. He is definitely not considered as being “mentally unstable” or a “fringe kook”.

The book even had a Dogman account. On page 48 of the book there is an account of Ute tribal police officers driving by the dirt road that leads to the “Skin Walker Ranch”. The officers saw “two persons standing by the side of the road in long, dark coats smoking cigarettes and they had dog faces.” The startled police officers backed up to get another look but the “persons” were gone. They had disappeared into thin air leaving two smoldering cigarette butts on the ground.

So if you’re  a millionaire, celebrated TV journalsit/author, or have a “PHD” after you name then its ok to experience strange cryptids and phenomena and write about it, but if you an average “Joe” (pun intended) like me then it’s a huge “no no”.  It is obvious to me that a double standard is in place concerning cryptids.
I would also like to point out that NIDS deployed state of the art electronics during their investigations to include HD video, FLIR, Spectrometers, etc. Though much data was collected to my knowledge no viable video or still image has ever been made public by the NIDS team.  On the other hand with a $200.00 video camera, thread, sticks, and some common sense I have been able to capture and make public HD video of cryptid creatures. Am I bragging? A little, but my point is obvious, I am marginalized, criticized, and ignored because I am an amateur, a mere “layman”. 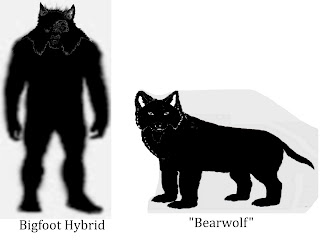 If you are one of those who are uncomfortable with me posting images of cyprtids other than Bigfoot or you are convinced I have “lost my mind” do not be alarmed. I am perfectly normal, sane, and emotionally well adjusted.  I am also in good company with some of the leading scientist in the crytpid field.   What you may find disturbing is I do not plan on stopping. If I capture a cryptid on video I will post it. I think it would be irresponsible not to inform people what is really out there regardless of how uncomfortable that reality makes us feel.