It has been over a week since I posted the documentary “The Dogman Monsters are Real”. The reaction has been interesting to say the least. Before I produced the documentary I had shown the raw footage to several well-known names in the Bigfoot research arena. All of them had no problem seeing the subject and recognizing it, even those who think most of my videos are “blobsquathces”. The feedback was amazement and in some cases shock.

I would always call them on the phone then send them a link to the private video that I had posted on YouTube.  It was not uncommon to hear them gasp when it hit them what they were viewing. Usually the gasp was followed by an expletive of some sort.  One notable lady in the field had nightmares after viewing the footage. The footage even got the attention of a national radio host.

So when I decided to do the documentary I thought it would be well received. It was in high definition, only a few feet away, the creature was moving and the movement could be easily observed including mouth, nose, and eye movement. I thought this should be a “slam dunk”. People have been asking for even demanding this type of Cryptid footage for years and now I was going to give it to them,  no long delays, no games, no big announcements, etc.

The reaction however was not what I expected. I released the 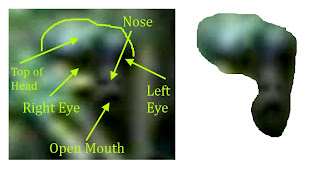 video after appearing on Chuck Prahls “Bigfoot Tonight” blogtalk radio show.  About fifty percent of the people had no problem seeing the subject or knowing what it was but the other half struggled with it. I do not think the issue was recognizing there was a creature in the video but coming to terms with what the creature was and admitting to themselves this thing is real and it lives in our woodlands.

The video has almost 3,000 hits at the writing of this article but I honestly expected it to get many more hits in the first week. The other puzzling thing is none of the Cryptid web sites have even mentioned the footage. I find this odd since just a few months ago when I posted a story about one of my Dogman encounters it caused a huge uproar and was covered by all the major Bigfoot and Cryptid web sites. Of course the pictures I posted were not HD and clear so everyone could argue the old “leafs and shadows” explanation.  But with the release of the Dogman HD footage there has been nothing but eerie silence.

This leads me to this conclusion, the Bigfoot and Cryptid community is not ready for footage like this. They are not ready to accept that creatures like this really do exist. It is too big a shock to their collective systems. It is one thing to write stories about strange creatures and interview witnesses, but at the end of the day it was still just a story. I often wonder if the people who run these sites even accepted the possibility that what they were blogging about could be 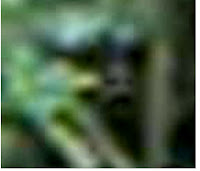 real?  Was this just a money making venture or a fun hobby? And now presented with a video that shows a Cryptid that is known as the Dogman it’s just too much. Throw in the little grey creature on the shoulder of the Dogman and their minds are completely blown. This is a case where the brain just refuses to believe what the eyes are seeing.

I wonder if these same people could handle close up, high definition footage of a Bigfoot? Would seeing a Bigfoot blink, move, vocalize, or even speak to the camera just be too much? I now wonder what would be the reaction if the creature had stepped out into the open and exposed its entire body then ran off.  If people can’t handle the head and face how would they cope with the entire creature?

I must admit it took me a few weeks to come to terms with what was on the video footage. I thought it might be a Bigfoot, but I knew deep down what it was. I still have no clue what the little grey creature is on the shoulder and will probably never know. I think in time people will be able to accept that what we have been taught and told about the natural world is not the complete story, but until then many “can’t handle the truth”.