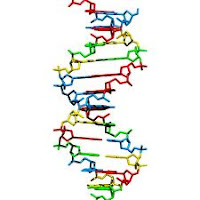 After a heated debate with Steve Kulls on the blog talk radio show Bigfoot Tonight last Sunday night I asked Dr. Ketchum to help me with a few questions I did not have the answers to and only she could answer. Dr. Ketchum has responded and I would like to post the answers to help silence the critics. I will be listing my questions in black and her answers in red.


1. Where are the passing peer reviews and why are they not available for the public?
They never are with published scientific journals. You can be sued for revealing them.

Comments: Some critics are ignorant and do not know that peer reviews are confidential while others critics in the scientific community do know! These critics are using the public's ignorance on the peer review process unethically and unfairly to tarnish Dr. Ketchum and the DNA Study.

Anonymity
We do not release reviewers' identities to authors or to other reviewers, except when reviewers specifically ask to be identified. Unless they feel strongly, however, we prefer that reviewers should remain anonymous throughout the review process and beyond.

2. Which amplifier was used was it a standard one or one you developed?
Primers...both

Comments: Below is an excerpt from the DNA Study -Supplement - Materials and Methods

3. Did the study video document their testing?
Some of it but not much since most of it was done outside of my lab and the labs didn't know what they were testing.

4. Why did GenBank refuse to accept her genomes?

I have an email thread where they did (Deny Acceptance)  but due to confidentiality issues I can not go public, but I am sending you a copy so you may comment on the validity of my claim.

Comments: I can verify that I have read the email thread. It is authentic and the responses are from an official representative of GenBank. GenBank did refuse entry of the genome after repeated attempts because of the reason that Dr. Ketchum outlined in her interview with George Knapp on Coast to Coast on February 17th, 2013. "Because the species of the submission was listed as "Homo Sapiens" (Human) they (GenBank) wanted signed written permission from the subject (Bigfoot)"

In my opinion it appears that GenBank was looking for any excuse to keep this genome out of the database and away from the scientific review.

Again Dr. Ketchum provides open and honest answers and was as forthcoming as she could be. The general public is ignorant on the procedures and protocols for publishing a scientific paper. The critics are seizing on this fact to try and discredit Dr. Ketchum, and the DNA study.

NEW eBOOK RELEASE: I have just published a eBook called The Bigfoot Field Journal - Volume 1 - DNA Study Edition. To get more information or make a purchase it at only $15.00 click the link below.
buy