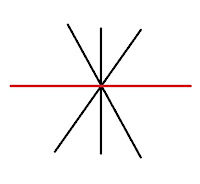 The Bigfoot in my areas of research do not make many "stick structures" but when they do they are extremely interesting. The one I have found in two different locations is the X with a sapling balanced across the center forming a Star. I tried to elicit a response by creating my own stick structure. When I returned two weeks later I found this amazing "Star" stick structure next to mine. It almost appeared as if the Bigfoot was showing off.


On the left is my attempt at a stick structure and on the right is what the Bigfoot constructed.

Below is the Star stick structure 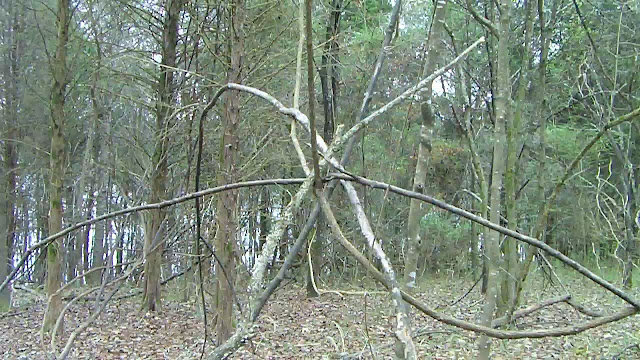 Notice the sapling perfectly balanced in the middle of the structure. 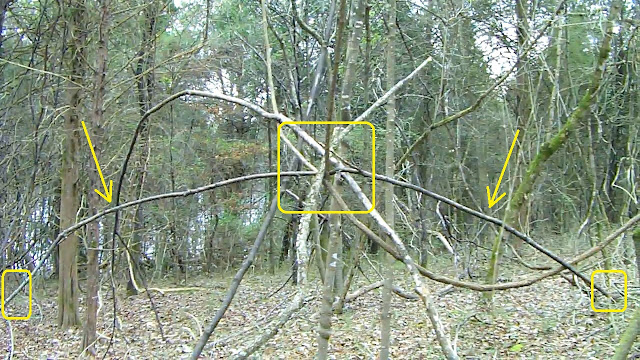 Below is a close up of how the sticks were weaved together. Note that the balancing sapling ins placed underneath the rest of the saplings. It would be impossible in my opinion for this to be randomly formed with a sapling perfectly balanced in the middle. 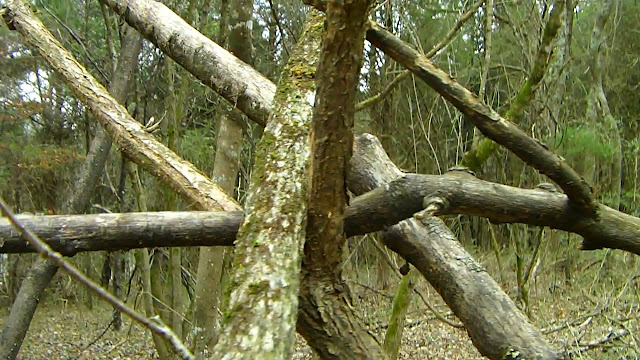 Below is the second stick structure I found about 300 yards away from this one. It forms a star with a sapling balanced in the middle also. 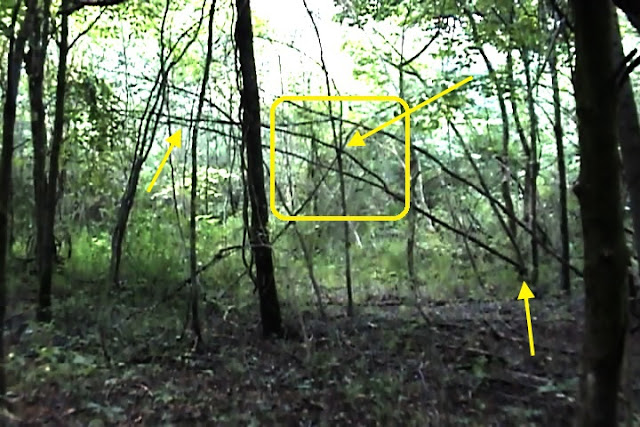 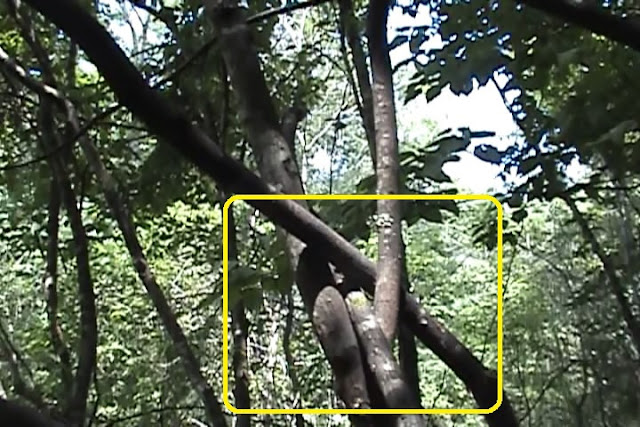 Note the weave of the limbs above much like the first structure. 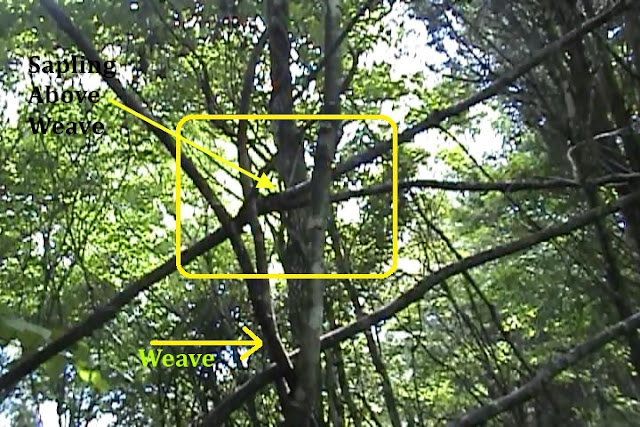 Above I show where another sapling was placed above the weave and the balanced sapling.

Another oddity I have found many times is what I call a trail marker. A limb with a Y in it will be broken off then placed back on the remaining stub to hang down as as demonstrated in the diagram below. 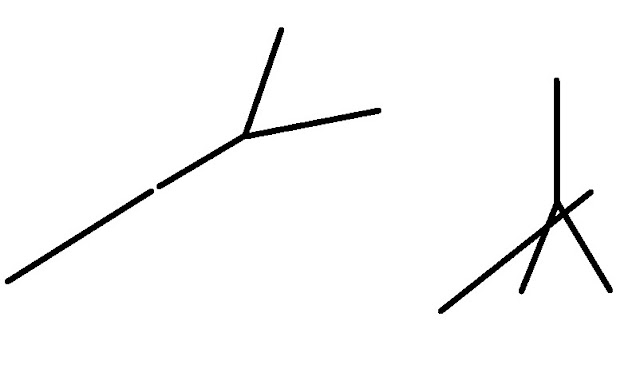 Below is an example of the Bigfoot Trail Marker.

Below I show how the Y came from the stub it was hanging on.