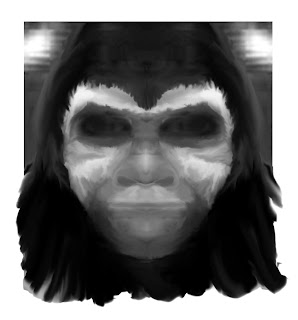 Below is a very good article about the experiences of everyday people who see Bigfoot. It also points out the attitude most people have toward anyone who is brave enough to report the sighting. I have talked to dozens of people who just wanted to tell what they witnessed without reprisal or being made fun of. I have talked to professionals and those with advanced degrees who wish to remain anonymous because the fear ridicule or harm to their professional carriers. They want validation that they are "not crazy" and what they saw was real.

When you see a Bigfoot it can be a life altering experience. You have seen something that you have been told all your life does not and cannot exist, yet there it is. Your mind tries to rationalize what you have witnessed, but in the end you know what you saw. The worst part of all is who can you tell? If the Bigfoot took something, stole livestock, property, or damaged something how can you call the police? You can hardly believe it yourself, how can you tell a police officer or ranger what you just witnessed and be believed?


A few weeks later when the witness comes to terms with what they saw they will seek out a sympathetic ear that will listen and not judge. Many times that is when I get the call and the familiar question "I have this man/lady that has seen a Bigfoot and needs someone to talk to about it, can I have them call you?" I always say yes because I have been in their position and it is a difficult spot.


Everyone I have spoken with all say basically the same thing "Thank God I can tell someone that understands what I saw and does not think I am crazy". It is gratifying to be able to help people come to terms with what they have witnessed because I know for many there is no one to tell and no where for them to turn.

I had my first siting as a child and it took years to finally come to terms with what I saw. I had recurring nightmares all through my teens and into early adult hood until I finally figured out what I had actually witnessed and was able to make peace with it.

I hope that with the publishing of the DNA Study,  those who witnesses a Bigfoot will be treated with more respect and dignity. The days of calling someone who has witnessed a Bigfoot a "whack job" will hopefully be over.

True believers: People of all types are certain they have encountered Sasquatch

A teenage hunter who watched it through his rifle scope for longer than a half-hour.
A trumpet player who surprised it — well, the surprise was certainly mutual — at the chicken coop behind his Blewett Pass cabin.
A construction contractor who had recorded the details of hundreds of sightings before, finally, having one of his own.
Foresters who have seen it, heard it, felt it, smelled it, or followed its tracks often enough over the years, for them, the question isn’t whether it exists, but when and where it will show up next.
It would take a shelf of books to chronicle the recollections of the thousands of people who are convinced they’ve had a personal encounter with Bigfoot.
Here are just a few from this neck of the woods.

GIANT IN THE CROSSHAIRS: Kevin Jones was only 16, in his third year of hunting in the Blue Mountains with his father, when he espied something through the scope of his high-powered rifle.
But it’s with his 28-year background of adherence to strict military schedules that Jones, now 59 and a former Army colonel living in Benton City, speaks assuredly about how long he observed a hairy, two-legged, creature across a draw in what is now the Wenaha-Tucannon Wilderness.
“Approximately 45 minutes,” Jones said. “At about 250 yards through a 9-power scope. He filled about half the scope; it was like looking at him from 40 to 50 yards.”
Jones described it as “something man-like but hairy, standing up and moving real slow through what we call snowbrush or buckbrush … it would pull the limbs down hand over hand, holding (the limbs) with the left hand and picking the leaves off the tips with the right and eating the leaves.”
Jones had been waiting as his father moved the elk from the other side of Buck Ridge up over the saddle. When the elk reached the top of the draw, they were briefly startled — perhaps seeing or smelling the creature, Jones said, but then “just relaxed and continued on like he was nothing.”
When the elk passed within 15 feet of the creature, Jones had both within his rifle scope. “And he just dwarfed the elk,” said Jones, who said he was so focused on and fascinated by the creature that “I can’t tell you to this day if any of those elk had antlers on them.”
After the elk passed, the creature squatted when it became alerted to two hunters coming over the saddle. “It just turned away, without moving its feet … pivoted his upper body and curled forward and just looked like a stump sitting there.”
The hunters became alerted as they got to within 15 feet of the creature, Jones said, as if they “smelled something or saw something. I swear to God they looked right at him. And then all of a sudden they just totally relaxed — like a kid playing with a boy loses interest and drops the toy.”
After the hunters walked on, the creature took off in the opposite direction, “and covered the ground faster than I could run, without ever breaking into a run. It looked like it was walking in water … the arm swing like it was using the hand as a paddle, the palms facing to the rear like they were big paddles, pulling it through the water as it walked.”
Asked why he didn’t shoot it, Jones said it appeared so much like a human — albeit an eight-foot-tall, hairy one — he “felt guilty” even looking at it through a rifle scope.

MUSIC MAN AND THE MONSTER: Dean Dewees played trumpet with Lawrence Welk, the Inkspots, Eddie Peabody and the Four Tops. He would prefer to be remembered for his three decades as an elite musician than for his three minutes as a Sasquatch pursuer.
Dewees and his nephew Dave were playing cards one January night in 1977 when Dewees’ four dogs began making a ruckus outside the cabin, first barking wildly and then “yipping like they’d been injured.”
The two men grabbed a 20-gauge shotgun and a pistol, raced outside and found what Dewees described as “this huge creature standing there, eight, nine feet tall, sort of grayish white in color,” the hair on its shoulders coming down to the center of his back “like a V-shape.” The creature had torn a hole in the chicken coop and killed five chickens, laying them side-by-side, “the beaks all in the same direction.”
Dewees said his nephew fired the shotgun at point-blank range into the beast’s buttocks, only to see the creature walk away “like he didn’t even feel it.” The two men pursued it down the slope, Dewees continuing to fire at it with a birdshot-loaded .22 pistol. When the creature reached 15-foot-wide Hansel Creek, it crossed the creek at a single bound and disappeared into the woods.
“It was like he stepped (across the creek),” Dewees said, “more than jumped.”
The men returned to the house, only to find that something — perhaps the same creature, having doubled back, or something else entirely — had taken four of the five dead chickens, leaving one.
Dewees reported the incident to the Chelan County Sheriff’s Department but, to Dewees’ dismay, it didn’t stop there.
“The newspapers got hold of it and made fools of us,” said Dewees, who’s now 74. “You’ve got see these things to really believe it. I saw it, and I have no doubt in my mind what I saw.”

WOODSMEN AND THE GIANT: Mel Skahan and Jon Sampson have forestry/logging jobs — Skahan with the Yakama Nation, Sampson with the Bureau of Indian Affairs — that take them deep into the forests of the Yakama Reservation.
They’ve each had what they say were Bigfoot encounters.
Sampson had snowshoed 1 1/2 miles with a friend into a remote area of the reservation’s closed portion two years ago for some late-winter elk hunting when the two saw what looked like “this tall dark thing” walking behind a group of elk perhaps 500 yards away.
Sampson said he shot at it and the creature “dropped down like it put its chest on top of its kneecap, like an accordion. Then it turned 90 degrees from us and ran away from us, shrunk down in size.”
Skahan said he and a forestry coworker were in a recently logged-out area of the reservation in April 2005 when the two saw at a distance of about 150 yards a large animal Skahan described as “dark in color, running on two legs … (with) like-human legs (and) human-like arms. At no time did this thing drop on four legs. It stayed at a human gate the whole way.”
Sampson and Skahan have each on several occasions found huge, bare footprints in the dirt in remote forests, and heard vocalizations of what they say was clearly an animal — though not your typical forest denizen — warning them to go no further.
“I’ve heard bears growl, yes. And I’ve heard cougars growl,” Skahan said. “I know the difference.”

CAN’T PULL THE TRIGGER: Paul Graves, who owns a concrete construction business in Wenatchee, said he’s had two fleeting glimpses of Bigfoot, each time in the Blue Mountains over the last several years.
But it was years before that, while watching television in 1988 at his sister’s home, that he became fascinated with the subject. When the channel-surfing led to a show about Bigfoot, a friend of his sister “was not saying anything,” Graves recalled. “He looks over at me and said, ‘You know, I’ve seen one of those.’”
The man said he’d been hunting far up the Entiat Valley when he saw a hair-covered animal with “a human-looking face. It looked like a wild person to him, and he said, ‘There was no way I could pull the trigger.’ Since that time,” Graves said, “I’ve talked to hundreds, probably, of people who have literally been in the same situation. Most people can’t pull the trigger.”
Graves follows up on Eastern Washington reports on a Bigfoot research effort called The Olympic Project. Certain areas, like Bumping Lake, the Yakama Reservation, Mission Ridge and the Blue Mountains, generate a lot of reports. So, too, does the Entiat Valley.
One Entiat Valley incident more than 20 years ago that didn’t become an official report involved a backcountry ranger who came across an extremely distraught backpacker hurrying out of the forest.
The man told the ranger he’d been camping alone when he’d been dragged from his tent and tossed around, still in his sleeping bag, by a large, hairy animal that he said was definitely not a bear.
The ranger didn’t take the camper’s name or write up a report.
Why?
Said the ranger years later, “I thought the guy was a whack job.”
Posted by Joe Black at 10:03 AM