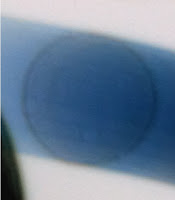 Friday, August 2nd, 8:45 PM. I was sitting on my back deck enjoying the sunset. It was dusk but there was plenty of light still left in the day. With no warning the motion sensor flood light on the corner of my house click on. I thought this odd because it was not dark enough for them to be active. I arose from my chair and checked the side yard which I could not see from the deck because of the privacy fence. No one was there. What was going on? Then it occurred to me with all the strange occurrences that had happened in the past at my house from Bigfoot footprints to neighbors having sightings something could be going on. I sat back down in my chair and took out my iPhone and started taking pictures of the back yard. I made a complete circle taking a picture every few feet making sure before I snapped each shot the camera was perfectly still. The light was now dim enough that the iPhone was flashing for each picture. To my utter surprise below is what I captured. 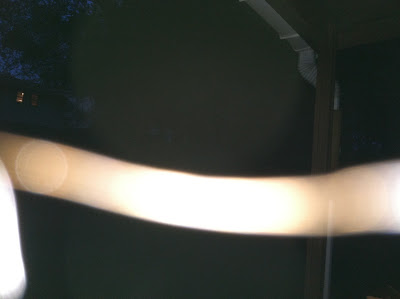 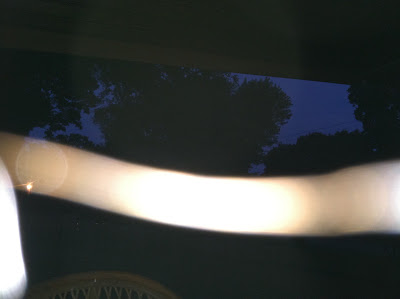 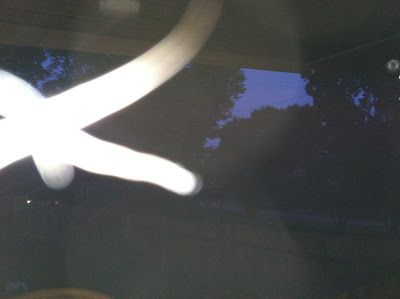 These appear to be the what is known in the paranormal world as “Orbs”. I want to stress at this point this in not an effect caused by camera motion. The camera was complete still during each photograph and if you will look at the objects in the background they are in focus and not blurred. This is not a light from a neighbor’s house or in the sky. In the second photo please note that you can see the neighbors outside light through the “Orbs” light. 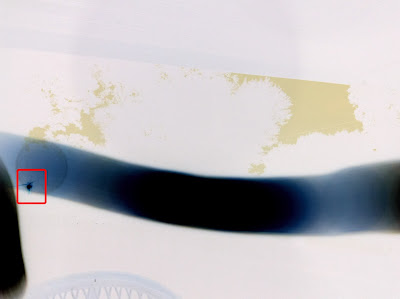 What are they? Why did they visit me? Is this related to Bigfoot? To be honest I have NO CLUE. This is not my area of expertise. I only know something strange happen and here are the pictures. 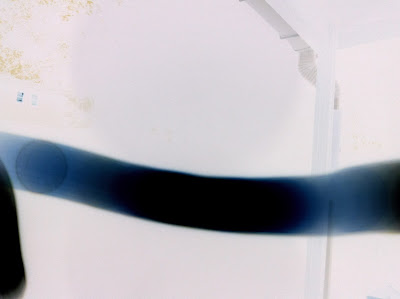 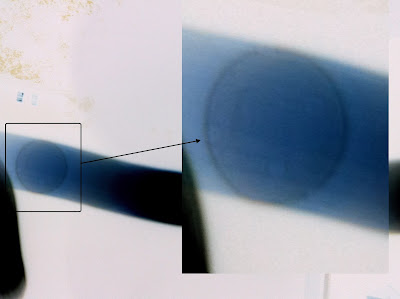 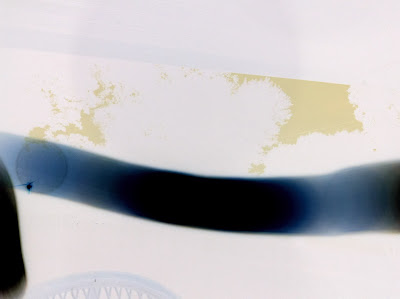 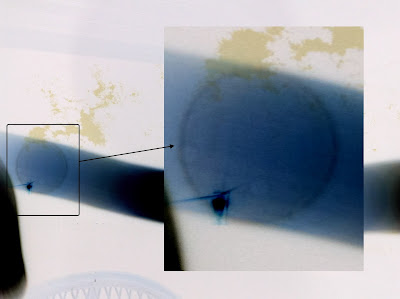 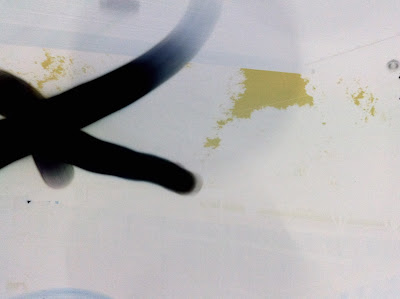 The next evening I recreated the entire conditions and used the same iPhone to try and reproduce the “Orb” photographs. I was unable duplicate the orbs. I have since take dozens of pictures and so far no more “Orbs”.

Some Bigfoot reports do mention orbs related to the sighting. I think that orbs are more associated with “Ghost” and “Ghost Hunting”. What are these things? Just more “High Strangeness” around my home…
Posted by Joe Black at 9:16 AM