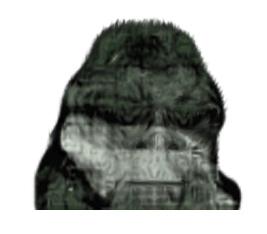 Dr. Ketchum posted this on her FaceBook page today.

The following was a unsolicited commentary by A. John Marsh on a genealogy DNA page which scientists use to discuss mtDNA origin. This is not the complete discussion . However, it sums up the analysis.

Along with the fact that all Bigfoots seem to have several different mtDNA mutations from each other, they also are found in 5 different states. It suggests that if a single T2b human female mated with a Bigfoot male 13,000 years ago, that the descendants of the T2b ancestor have spread widely in USA since then.

THINGS I NOTED ABOUT MUTATIONS DIFFERENT IN BIGFOOT AND HUMANS:

One thing I noted was that all the 52 number diverse T2b haplogroup listed humans in the T2 project had a mutation 146T, but none of the Bigfoot had that mutation. It seems in fact that all T haplogroup have 146T. I am guessing that the earliest common ancestor of all Bigfoots had a back mutation on that marker to the CRS value.

Another thing I noticed was that all Bigfoots which appear to have been tested on the lower number markers, have mutation 73G. Yet not one of the
52 human mtDNA T2b persons had the mutation 73G. Why not? Was 73G a very early mutation in the Bigfoot line?

It seems all human T2bs have have 16187C and 16189T, but no bigfoots have either. In fact, all human haplgroup T are postive for both these mutations, so presumably in the common ancestor of all Bigfoots there was a mutation reverting to CRS.

According to the Ketchum knockers, all the mtDNA Haplotypes in her project are modern contamination. All of these Bigfoot haplotypes are different.
Isn't it a bit puzzling that all of these humans mistaken as Bigfoot have different T2 mtDNA haplotypes, all have 73G and 263G mutations not found in humans, and all seem to have had back mutations on 146T, 16187C and 16189T, where these back mutations are apparently not found in any human T2b s?

MtDNA analysis of global populations support that major population expansions began before Neolithic
www.nature.com
Agriculture resulted in extensive population growths and human activities. However, whether major human expansions started after Neolithic Time still remained controversial. With the benefit of 1000 Genome Project, we were able to analyze a total of 910 samples from 11 populations in Africa, Europe…
Posted by Joe Black at 8:39 PM