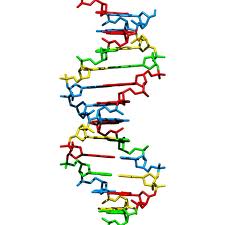 Lately those of us interested or with samples in the DNA Study have been bombarded with all these new phrases and concepts. I have had to put myself through a crash course just to keep up with all the discussion .I have listed the definitions of some of those acronyms and terms that we are hearing Dr. Ketchum and others throw around. Terms like BLAST Search, Genomes, DNA Strands, GenBank, Next Generation Testing, etc. This list can be found at the end of this post.

It appears the GenBank has been up to some "hanky panky" when it comes to accepting the three complete genomes from Dr. Ketchum's Bigfoot Study. Dr. Ketchum reported in her interview with George Knapp that GenBank had rejected her submission of the genomes and refused to allow her to upload the sequences into the database. This was a MAJOR issue of contention with the critics. One critic remarked - "GeneBank never turns down Genomes!, there must be contamination or a flaw in the data".

Dr. Ketchum brought to light that this is not true and provided documentation in the form of multiple emails from GenBank to the contrary that George Knapp verified on the air. According to Dr. Ketchum here is what happen:

The Genomes are uploaded to GenBank in a digital format. When Dr. Ketchum attempted the first upload GenBank rejected the sequences because it was a "New Species" that needed to be registered. So Dr. Ketchum went through the proper steps to register the Sasquatch as Homo sapiens cognatus. 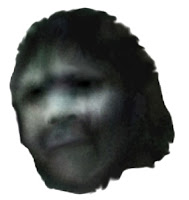 She then attempted a second upload. This time GenBank rejected the submission because of medical information privacy laws. Under the  Health Insurance Portability and Accountability Act of 1996 (HIPAA) a person must sign a release form authorizing any medical data to be released publicly. GenBank used this technicality to tell Dr. Ketchum that since this "New Species" was from the Homo sapien" (human) classification they would need signed release forms from the three individuals to whom the genomes belonged too.

This is laughable! How are you going find let alone obtain release forms from a wild and free living group of people who can not read or write English!?!?.

This was a total farce and its only purpose was to keep these Bigfoot genomes out of the GenBank. The question is WHY? Why would GenBank want to keep this genome out the database? Could it be that they do not want it available to scientist around the world to study and verify thus proving scientifically Bigfoot exist?  Are they willing to lie and break accepted protocols that call their integrity and professionalism into question in order to deny the truth? It appears we have yet another example where an institution that is part of the "scientific establishment" demonstrates the continued non-scientific and unethical bias against this study!

Dr. Ketchum told me in a Facebook message conversation that the scientist that were doing the independent review assured her they would get GenBank to accept the genomes. We will see...


GenBank -Open access DNA database that scientist can upload their digital genome for comparison with other species and to upload the genomes for NEW SPECIES.

Wikipedia's Definition: The GenBank sequence database is an open access, annotated collection of all publicly available nucleotide sequences and their protein translations. This database is produced and maintained by the National Center for Biotechnology Information (NCBI) as part of the International Nucleotide Sequence Database Collaboration (INSDC). The National Center for Biotechnology Information is a part of the National Institutes of Health in the United States. GenBank and its collaborators receive sequences produced in laboratories throughout the world from more than 100,000 distinct organisms. In the more than 30 years since its establishment, GenBank has become the most important and most influential database for research in almost all biological fields, whose data are accessed and cited by millions of researchers around the world. GenBank continues to grow at an exponential rate, doubling every 18 months.[1][2] Release 193, produced in December 2012, contained over 148 billion nucleotide bases in more than 161 million sequences.[3] GenBank is built by direct submissions from individual laboratories, as well as from bulk submissions from large-scale sequencing centers.

BLAST Search - BLAST stands for Basic Local Alignment Search Tool. It allows a scientist to search the GenBank for a match to a DNA sequence without uploading the data into the GenBank DataBase

Wikipedia's Definition: In bioinformatics, Basic Local Alignment Search Tool, or BLAST, is an algorithm for comparing primary biological sequence information, such as the amino-acid sequences of different proteins or the nucleotides of DNA sequences. A BLAST search enables a researcher to compare a query sequence with a library or database of sequences, and identify library sequences that resemble the query sequence above a certain threshold. Different types of BLASTs are available according to the query sequences. For example, following the discovery of a previously unknown gene in the mouse, a scientist will typically perform a BLAST search of the human genome to see if humans carry a similar gene; BLAST will identify sequences in the human genome that resemble the mouse gene based on similarity of sequence. The BLAST program was designed by Stephen Altschul, Warren Gish, Webb Miller, Eugene Myers, and David J. Lipman at the NIH and was published in the Journal of Molecular Biology in 1990.[1]


Genome - The entire organisms herediatary information the is encounded in the DNA.
Wikipedia's Definition: The human (Homo sapiens) genome is the complete set of human genetic information, stored as DNA sequences within the 23 chromosome pairs of the cell nucleus and in a small DNA molecule within the mitochondrion. The haploid human genome (contained in egg and sperm cells) consists of three billion DNA base pairs, while the diploid genome (found in somatic cells) has twice the DNA content. Although the human genome has been completely read by DNA sequencing, it is not yet fully understood. Many (though probably not all) genes have been identified, yet much work still needs to be done to completely elucidate the biological functions of their protein and RNA products. Recent results indicate that most of the vast quantities of noncoding DNA within the genome have associated biochemical activities, including regulation of gene expression, organization of chromosome architecture, and signals controlling epigenetic inheritance.